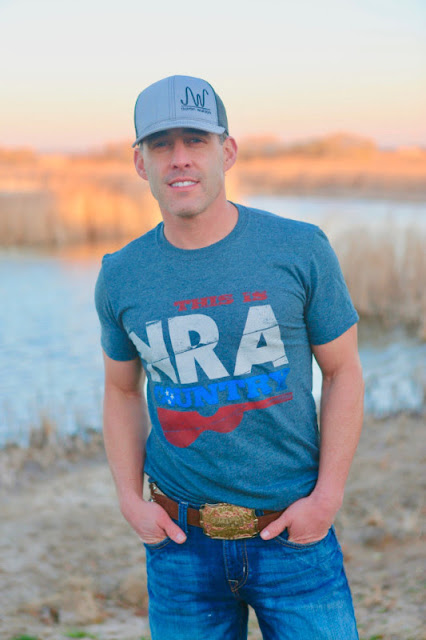 Unstoppable independent country artist AARON WATSON has been chosen as NRA Country’s Featured Artist for March. The announcement comes on the heels of Watson’s highly anticipated new album, VAQUERO, which nabbed a stellar debut in the Top 10 on Billboard’s 200 Albums chart with his biggest career sales to date, and #2 on the Top Country Albums chart.

"I am extremely honored to be named an NRA Country Featured Artist. I am so thankful for the NRA, all that they stand for, and all that they do for the men and women who serve our country,” says Watson. “The NRA fights for my right to enjoy hunting with my family, but more importantly, my second amendment right to bear arms and protect my family if need be. I am Aaron Watson and I am NRA Country.”

To celebrate, the Texas native will be joining NRA Country in offering an exclusive giveaway with one lucky fan winning a “They Don’t Make Em Like They Used To: The Ultimate NRA Giveaway with Aaron Watson” prize pack. Visit nracountry.com/aaronwatson from now through Friday, March 24 to learn how to register to win. Fans can also check out weekly exclusive interview clips, as “On Location with Morgan Mills” presents “Watson Wednesday Q&A” with a new episode premiering this week HERE.

The “They Don’t Make Em Like They Used To: The Ultimate NRA Giveaway with Aaron Watson” prize pack includes:

- Airfare and hotel accommodations to NRA Annual Meeting in Atlanta, including VIP tickets to the NRA Country Jam concert on Friday April 28 and NRA’s Saturday night concert on Saturday, April 29.

- NRA Country Hat and Shirt
Visit http://www.nracountry.com/aaronwatson for details on prize and information on how to register.

Learn more and get NRA Country Connected at www.NRACountry.com!
Posted by LovinLyrics at 12:03 PM