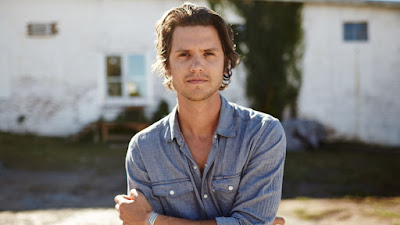 Breakout country artist who appeared on more than 20 Ones to Watch 2016 lists including CMT, Huffington Post, Nashville Lifestyles, Rolling Stone Country and more, Steve Moakler, will kick off his headlining SiriusXM-backed The Highway Finds Tour today, Thursday, March 16. Just four hours later the “in demand” (Taste of Country) singer/songwriter will release his fourth studio album, Steel Town, available at digital retail and streaming at midnight on Friday, March 17. The 11-track album, produced by GRAMMY Award winning songwriter/producer Luke Laird for CN Records (Creative Nation), is a compilation of songs that serve as reflections on his past, which is rooted in Pittsburgh.

“Honestly, they don't make a lot of steel in Pittsburgh anymore,” said Moakler.  “They made so much at one time though, that I'm convinced that spirit and resilience is still left over in the people.”
Moakler continues, “Whether it's true or not, there are times in life when it's helpful to believe that maybe you have some steel in you. That's really the spirit that inspired this album and what drives me to keep pressing on, building my career and making music that I can share with fans. I'm so grateful to have grown up in a place with tenacity in its bones, and that's why I named this album Steel Town."

Moakler’s latest offering and third single “Wheels” is available at SiriusXM’s “The Highway” now and is the follow-up single to fan-favorite, “Love Drunk.”

The Highway Finds Tour kicks off today, Thursday, March 16 in Charlotte, N.C. at The Underground and serves as the “perfect” way to celebrate the release of his new album, according to Moakler.

“This is will be our fourth headline spring tour in a row and it's been really gratifying to watch the crowds grow every year,” said Moakler.  “Now, partnering with SiriusXM “The Highway,” Drew Baldridge and Smithfield, I anticipate this being our most exciting show yet.”

Moakler first established his foothold as a songwriter with cuts by Ashley Monroe ("If Love Was Fair"), Jake Owen (“Surefire Feeling”), Ben Rector ("Without You") and Dierks Bentley (“Riser”) and has earned recognition by more than 20 outlets as an “artist to watch,” including CMT, Huffington Post, Nashville Lifestyles, Rolling Stone Country and more.

For more information about his upcoming album and tour, visit stevemoakler.com.