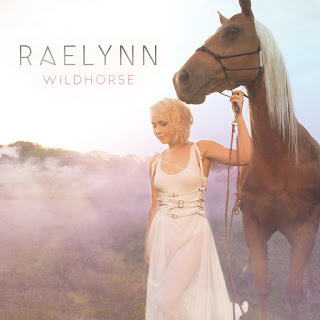 One week before its official release, breakout country star RAELYNN’s debut album WILDHORSE is already running free, streaming exclusively and in its entirety as an NPR First Listen today (3/16).

Set for arrival on March 24, WILDHORSE (Warner Bros. Records/Warner Music Nashville) tells the story of the young artist’s life following her time on NBC’s The Voice, four years that have seen her move to Nashville, release hit songs like “God Made Girls,” and get married. Produced by Jimmy Robbins and Nicolle Galyon, RaeLynn co-wrote 11 of the album’s 12 tracks, including the powerful first single, “Love Triangle,” a divorce ballad told from the point of view of a little girl.

Meanwhile, the fun-loving singer-songwriter is also celebrating her inclusion in a new exhibit at the COUNTRY MUSIC HALL OF FAME AND MUSEUM. Opening Friday (3/17), AMERICAN CURRENTS (THE MUSIC OF 2016) is a collection of items from select artists who are making country music history every day.

Describing her inclusion as the highest of honors, the dress and accessories RaeLynn wore during her 2014 Grand Ole Opry debut are displayed alongside a stage outfit that belonged to the great Tammy Wynette. The American Currents exhibit runs through 2017.

On Saturday (3/18), RaeLynn and Blake Shelton will wrap the DOING IT TO COUNTRY SONGS TOUR in Omaha, Nebraska, and on April 20 she will begin her first-ever headlining tour. Kicking off in Columbus, Ohio, the RaVe TOUR will give country fans a concert experience like they’ve never had before, combining a Radio Disney curated pre-party, full performance from RaeLynn and a glitter-filled dance party with a live DJ after the show.

WILDHORSE is now available for pre-order
Posted by LovinLyrics at 11:48 AM