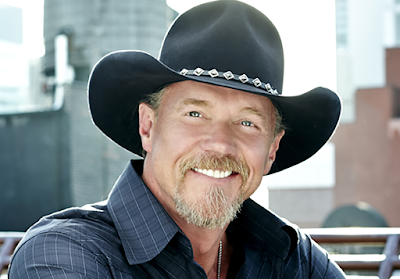 Throughout his decades-long career, Trace Adkins has told his truth and lived with the consequences, so it comes as no surprise that he delivers one of the most raw and honest observations on life on the “other side of 40” in “Watered Down” the first single from his BBR Music Group/Wheelhouse Records LP, Something’s Going On March 31 on “Today.”

In the slow-burning rumination on achieving insight with age, Adkins is fully aware of the adjustments and boundaries, but still maintains his edge, grit and power as an artist. It is the cut Adkins points to as the truest reflection of his career and life to date.

“That’s one of those songs where I smacked myself on the forehead and went, ‘Wow, I should’ve written that!’” Adkins says of hearing the song for the first time. “It is all autobiographical. It really is. I’ve never done a record and finished it and said, ‘OK, this is my favorite cut off this album.’ But this time, there’s no bones about it. This is my favorite cut. It just is. It speaks to my soul.”

With lyrics as emotionally clutching as, “We still fly like gypsies/Just a little closer to the ground” fans will hear Adkins’ conviction for themselves on March 31 when Adkins premieres “Watered Down” on “Today” (9:00 AM-hour). The new single “Watered Down” debuted immediately on the Billboard Country Single Chart this week and was the fourth most-added song on the Mediabase Country Airplay Chart.

It’s been four years since Adkins’ last studio album Love Will… released in 2013, which debuted in the Top 10 on Billboard’s Top Country Albums chart, and fans have eagerly awaited this follow up ever since. Some of Nashville’s favorite and most respected songwriters contributed to the range and inspiration of Something’s Going On, boasting credits such as Tyler Farr, Craig Campbell and Shane McAnally to name a few. Something’s Going On was produced by Mickey Jack Cones.

Adkins is in the midst of his 2017 tour where he is on track to play more than 75 dates this year. VIP packages are available for select tour dates. As a gift to his fans, Adkins is offering a physical copy of Something’s Going On with each ticket order. Visit www.traceadkins.com for full details.

May 6 – University of Arkansas, Hope, Ark.

Adkins’ trademark baritone has powered countless hits to the top of the charts. The three-time GRAMMY-nominated member of the Grand Ole Opry is a TV personality, actor, author, and spokesman for the Wounded Warrior Project and the American Red Cross, for whom he raised more than $1.5 million dollars as winner of NBC’s All-Star Celebrity Apprentice.

In recent years, Adkins has performed for our service men and women across 11 USO Tours, with his 12th scheduled for spring 2017. In his 2007 autobiography, A Personal Stand: Observations and Opinions from a Freethinking Roughneck, he recounted his rise to fame, brushes with death and battles with personal demons. Adkins has played a tough-as-nails biker in The Lincoln Lawyer (starring Matthew McConaughey), a desperate father in Deepwater Horizon (starring Mark Wahlberg) and a wise oracle of a tattoo artist in the family-friendly film Moms' Night Out (starring Patricia Heaton, Sean Astin, Sarah Drew).

For more information, visit www.traceadkins.com
Posted by LovinLyrics at 11:29 AM