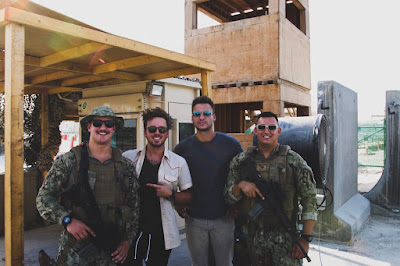 “We absolutely love the shows we do overseas for the men and women who serve our country,” says Love And Theft’s Stephen Barker Liles.  “It is such an amazing experience for us to be able to show how grateful we are for their sacrifice,” adds the duo’s Eric Gunderson.


The ACM/CMA/CMT nominated duo is currently putting the final touches on their fourth studio album, produced by legendary music icon Jim Ed Norman and Josh Leo, and will release on Curb Records later this year.  “Love Wins,” an advance track off of the album is available now and getting rave reviews as Country Rebel proclaims is already “impacting lives.”