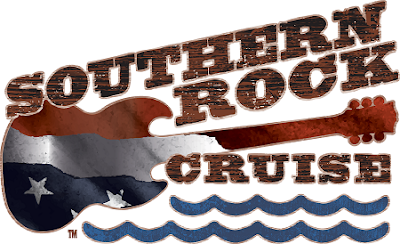 StarVista LIVE recently announced the launch of their inaugural Southern Rock Cruise and the artist line-up just keeps getting better! Kentucky rock outfit Black Stone Cherry will bring their infectious live performance to the bill that will also include previously announced performers Lynyrd Skynyrd, 38 Special and The Marshall Tucker Band.

"We are beyond honored and excited to be a part of the 2018 Southern Rock Cruise,” said members of the Black Stone Cherry Band. “To be included with this excellent roster of artists is a privilege and we can't wait to bring our brand of hard southern rock onboard what is sure to be a great party on the sea!"

A decade since their first album release, Black Stone Cherry is releasing their fifth and most diverse album entitled KENTUCKY. With all four original members still intact, the band is focusing on their roots and hitting the road again to share live performances with their fans.

The Southern Rock Cruise will depart from Tampa, Florida on January 20, 2018 and travel to Jamaica and Grand Cayman before returning to Tampa on January 25th. Cabin prices start at $1,199 per person and include admission all concerts, the private Lynyrd Skynyrd concert and party in Jamaica, parties, meals and even daytime room service. To book a cabin, call toll-free 844-677-6884 or go to www.southernrockcruise.com.
Posted by LovinLyrics at 11:29 AM