LUKE COMBS’ THIS ONE’S FOR YOU OPENS AT NO. 1 ON BILLBOARD COUNTRY ALBUMS CHART & NO. 5 BILLBOARD TOP 200 CHART 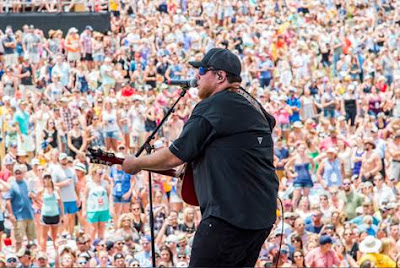 River House Artists/Columbia Nashville’s breakthrough singer/songwriter Luke Combs firmly makes his mark on the music landscape this week with the monumental release of his debut album This One’s For You, opening at No. 1 on the Billboard Country Albums Chart and No. 5 on the Billboard Top 200 Chart with 43,000 total activity in sales & consumption. Released last Friday June 2, This One’s For You is the largest album debut from a new country artist in 2017. Combs alongside all-genre superstars Halsey, Kendrick Lamar, Drake and the Epic AF icon-packed lineup rounds out the Top 5 albums on Billboard Top 200 this week.

Upon learning the No. 1 news on Sunday, Combs said “I’m blown away at the response to This One’s For You. As a songwriter and artist, there is nothing more rewarding or humbling than to have your songs embraced by fans. I’m grateful for all the folks who have shown up to shows over the years, told their friends about these songs and been a part of the path to get here.” 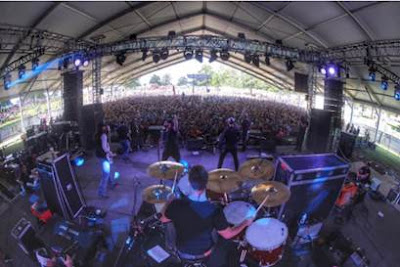 True to form as the artist who “earned his newfound success by tirelessly delivering the goods on the road” (Rolling Stone), Combs set out for release week of This One’s For You to celebrate the long-awaited album and was met with capacity crowds at every stop. After previewing his album for fans the week before release on his sold out pop-up tour, Combs officially kicked off Bonnaroo Music & Arts Festival as the first performance in the This Tent (6/8) drawing a rowdy crowd of over 4,000 fans. From Manchester, Tenn., Combs hit Carolina Country Music Fest performing for 6,000+ before returning to Nashville, Tenn. for CMA Music Fest where over 15,000 fans joined for Combs’ performances at the Radio Disney Stage, Chevy Riverfront Stage and HGTV Lodge.

Last month, Combs made Country radio history when his PLATINUM-certified debut single “Hurricane” held the No. 1 spot on both Billboard Country Airplay and Mediabase charts for two consecutive weeks - making Combs the first debut country artist to earn a multi-week No. 1 since Florida Georgia Line with “Cruise.” On Monday, Combs debuted the smash on NBC’s TODAY and revealed his new single “When It Rains It Pours” which is now hitting radio airwaves. 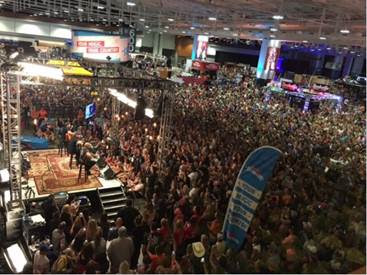 Critical praise for the album continues as American Songwriter remarks This One’s For You “shows the North Carolina native worthy of comparison to Eric Church and Chris Stapleton” and NPR Music says Combs “[demonstrates] current pop fluency and a connection with the sturdy contributions of previous generations of country performers.”

Forecast as a 2017 “artist to watch” by Billboard, Pandora, CMT, Rolling Stone, Huffington Post and more, Combs stormed onto the Country music scene as a force to be reckoned with this year. With three self-released EPs under his belt and sold-out touring dates, Combs road to Nashville was paved show by show and fan by fan as the “road warrior” (CMT) built a rabid, groundswell through touring and independently releasing his music to fans. For more on Luke Combs visit LukeCombs.com.

Posted by LovinLyrics at 3:59 PM