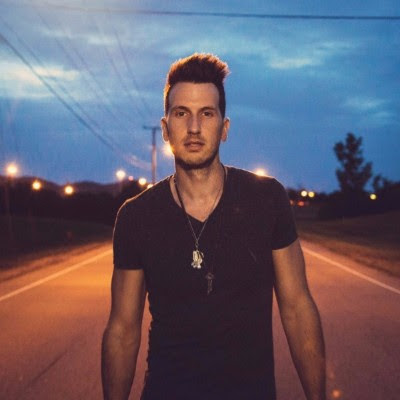 Singer/Songwriter, Russell Dickerson, is a proud participant in an upcoming episode of ABC’s The Bachelorette. The episode will feature a special performance by Dickerson for the newest Bachelorette, Rachel Lindsay. This episode of The Bachelorette, currently celebrating its 13th season, is scheduled to air Monday, June 19, 2017, at 8/7c p.m., on ABC.

Dickerson will perform his hit love song and current single, “Yours,” from his forthcoming album, that depicts a once-lost soul that found light with his significant other as he sets the romantic tone for Lindsay’s date during a private concert for the couple in Hilton Head, S.C.

“Yours,” available now, has been deemed wedding song of the year by SiriusXM and TheKnot.com. The music video for “Yours,” that has gained millions of views and is shot and directed by his wife, features a black & white scene of Dickerson walking in the rain singing to the recipient of the song. Co-written by Dickerson himself, he will share his love story with The Bachelorette viewers via lyrics such as: The worst me is just a long-gone memory/You put a new heartbeat inside of me/You make me better than I was before/Thank God I’m yours

Rachel Lindsay, a fan favorite on Nick Viall’s season of ABC’s hit romance reality series The Bachelor, is continuing her journey to find Mr. Right and assume the rose-giving duties as The Bachelorette. The 32-year-old attorney from Dallas, Texas has gone through trials and tribulations of falling in love in the past, but now it will be her turn to “investigate” a group of wonderful men and find her soul mate. Winning in court has never been a problem, but finding that great love is a case that unfortunately remains open. Follow Rachel’s journey to find “the one” on the hit romance reality series The Bachelorette, Mondays (8:00-10:00 p.m., ET/PT) on ABC.