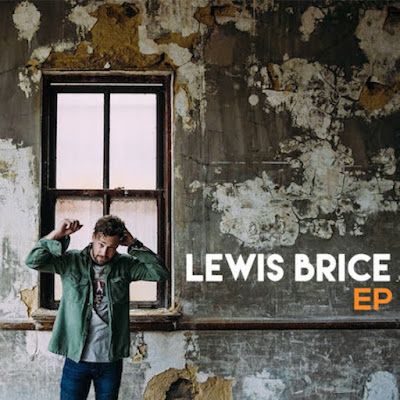 As if we weren't lucky enough to have one Brice in the world of music and songwriting, now we have another one. Lewis Brice has shown with his debut self-titled EP that he has some pretty strong musical legs to stand on by himself without having to flaunt his connection to brother, artist and hit songwriter Lee Brice. While Lee may have collaborated on the EP through co-writing one song and production, the EP is distinctively Lewis with his own touch of bluesy soul and twinged with southern rock.

The debut track, "Best Ex Ever", has already hit a stride on Spotify with over 400,000 streams and is quickly becoming a favorite having already made it's debut on Sirius XM Radio's "The Highway" right around Valentine's Day in February 2016 as a new music find, long before the EP was completed. The song centers around a break up and the lingering feelings of one of the "breakup'ees" who wants to maintain a friendship, even if that's not always the best thing to do. The song is much more than just relatable, it's personal. Admit it, we've all been there and most of us will keep right on going back there even when we know we shouldn't. Sometimes, there's just that something you can't let go of when it comes to the "Best Ex Ever". This song is just like it's subject, it's gonna be hanging on awhile. It just has that something that makes it catch the ear. For lack of a better phrase, it's just so damned catchy. "Messin' with My Mind", another track on the project and a great co-write with Matthew Quinton, is already establishing it's presence on Spotify with 200,000 streams and climbing.

I'm seriously thinking this EP must have come from shot after shot of Jack in a dark bar, tossing them back listening to some Skynrd, shooting pool and doing some reminiscing, commiserating and contemplating. Wherever it came from, it was a good place and Lewis Brice is definitely gonna leave his mark with his unique sound and his style of writing. He's rockin' his way right to a hit.

You can pick up the EP on most digital outlets.