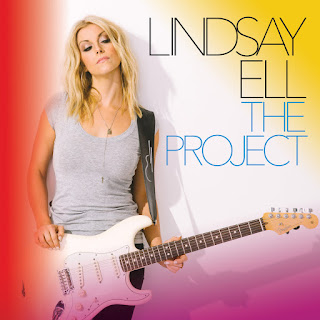 The Project, produced by celebrated Grammy-winner Kristian Bush (of Sugarland), follows their acclaimed collaboration on Ell’s debut EP Worth The Wait. The album features current single “Waiting On You,” which Rolling Stone Country applauds “is a showcase not only for the Canadian's gifts as a singer but also as a guitarist.” Watch the official music video HERE.

“This new music is the best I’ve ever done,” the multi-instrumentalist shares. I called the album The Project because that’s exactly what this whole process was. I’ve discovered who I am, what I want to say and how I want to say it. I’m so excited to finally have an album that is me, and I can’t wait for fans to hear it.”

The Project is the end result of a soul bearing creative process powered by true-to-life songwriting that inspired Ell to “find her artistic voice” (Billboard). From the funky and spirited “Champagne,” to the resilient and superbly relatable “Wildfire” to crowd-favorite “Criminal,” the album is layered with stand-outs.

Adding to the excitement, following a recent appearance on Jimmy Kimmel Live!, Ell will make her morning TV debut on NBC’s The Today Show on Tuesday, August 8. Tune-in at 10 AM (all time zones) to watch her perform “Waiting On You.”