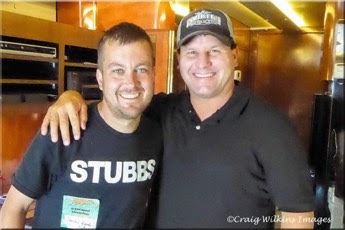 Charlie Woods, one of our favorite contributing team members, is a regular at Jamboree in the Hills for us. He had a chance to catch up with country newcomer, Shane Owens and talk about his latest single, "19" and just find out a little more about who he is as an artist and a person. If you aren't familiar with Shane's music, you should get to know him. He's very genuine, humble, believes in tradition and respects the country music genre. A huge thanks to Craig Wilkins for supplying the photos used in this article. Craig is a longtime photographer of this event. Check out his website at craigwilkins.com for great photos and content!

Charlie: What was it like to have Randy Travis as part of your "Country Never goes out of Style" music video? (Click here to watch the video)

Shane: It was unbelievable!  He's always been one of my heroes, and I deeply appreciate that a hall of fame legend loves my songs and wanted to be a part of such an important part of my life.

Charlie: You recently released a single, "19", which was written by Jeffrey Steele, Tom Hambridge and Gary Nicholson. The song is about a 19 year old hometown football player who joins the military in the wake of the September 11 attack on the World Trade Center and chronicles his service and ultimate sacrifice. You're giving back to the military through this song. Can you discuss the program and who it benefits?

Shane: It's called the "Taps" Organization, Tragedy Assistance Program for Survivors. It's a support camp for military families that provides them with counseling and the assistance they need.  All of the proceeds from the single are being donated directly to the program.

Charlie: You've always had a very firm belief in tradition. Because of that, do you find it difficult being a unique artist at this day in age?

Shane: I firmly believe that when it comes to country music, the style pendulum is swinging back towards traditional now. Currently, 16-18 year olds are listening to a lot more traditional records.

Charlie: A friend of a friend (Jack Byrd) from your hometown has been following your career since the very beginning. Can you explain what it was like going from playing at a little club like The Office Lounge in your area to singing on stage at The Grand Ole Opry?

Shane: Playing at the hole in the wall honky tonks has helped me to develop into the country music artist that I am today. You don't start out in country music for the money, you do it for the passion and the love of the genre. Those opportunities lead me to the life that I live today.

Charlie: People may not know this, but you're a twin. What was it like growing up being a twin?

Shane: It was great!  We are actually fraternal twins, meaning we didn't look alike at all.  My twin sister is 4" shorter than me, but despite that we'll always be connected in a way most people can't understand.  When she hurts, I hurt... for example, she was in a bad car accident 6 years ago, and the moment it happened I experienced a horrible, unexplainable pain. Didn't know what it was until an hour later I got the call.

Charlie: If you could have dinner with 3 country music legends, who would you choose and what would you talk to them about?

Shane: I'd love to ask Johnny Paycheck why he was so wild!!!  And George Jones and Merle Haggard, they've been a huge inspiration to me over the years. 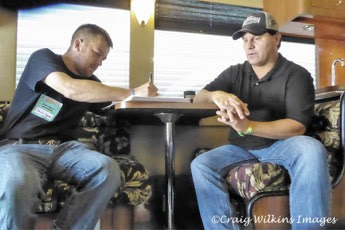 Thanks to Shane for squeezing us into his tight schedule before his performance. It's always great to sit down with new artists. 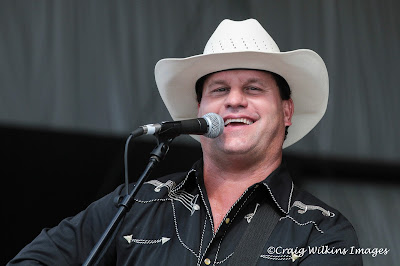 Connect with Shane via his website and social media:

Please Note: If you share this article, please directly link to it and do not copy and paste. All photos are copyrighted and belong to craigwilkins.com. They are not to be distributed separately from this article or altered in any way. All images must retain watermark. Thank you!