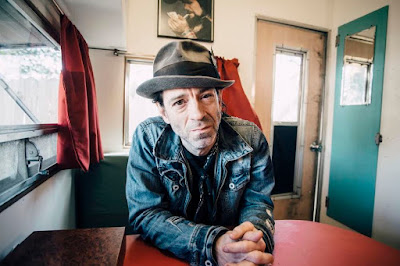 Travis Meadows spent years trying to escape himself. He’s anything but selfish, so he’d find a way to get away––a bottle, a bag, a sermon––and he’d share it with everyone. That was then. Now, Meadows isn’t trying to get anybody lost or high. Instead, he’s trying to get every single one of us to settle in deeply to ourselves––and love what’s there. “I feel like what I’m doing is giving people permission to be okay with who they are, where they’re at now,” Meadows says. “A lot of us say stuff like, ‘If I’d been married to this guy or this girl, or if I had enough money, or if I had a better job. If I wasn’t an alcoholic, or if I drank more. If this, if that, then, I think I could be a better person.’” He pauses. “I think the key to life is being okay with who you are.”

“Life can be a little challenging for all of us. It’s beautiful and it’s tragic, it’s awesome and it hurts,” Meadows says. “I hope people sense that through this record and want to come to a show, which is a lot of storytelling, a lot of tears, a lot of laughter. They’ll come face to face with a damn lot of humanity. I hope they see themselves in it.”
Posted by LovinLyrics at 2:22 PM