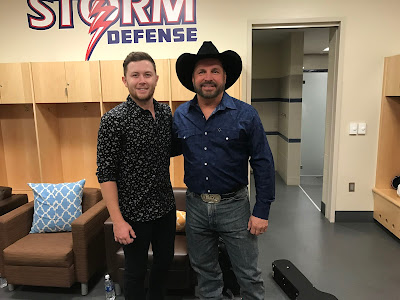 Scotty McCreery fulfilled a huge career goal when he opened for Garth Brooks and Trisha Yearwood at their sold-out show on Friday, Sept. 22 at the Denny Sanford Premier Center in Sioux Falls, South Dakota. The ACM, BMI and CMT Award winner’s appearance was kept secret, so his emergence on stage was a surprise for the entire 13,000 members of the audience who eagerly embraced him with cheers after his name was announced.

“It was a really incredible moment just being out there on that stage in front of a Garth crowd,” shared McCreery. “I was about as nervous as I’ve been before a show, probably ever, but as soon as they introduced me, the crowd went nuts and that kind of eased my nerves.”

McCreery flashed his trademark smile as the audience joyfully applauded him and his two acoustic guitarists, Jeffrey Harper and Dylan Rosson. As he kicked off the show with his Top 10, Platinum-certified hit “See You Tonight,” a huge crowd of fans began singing along with him word for word. For the next half hour, “Country Music’s Hottest Bachelor” performed an array of his hits and fan-favorite songs, energizing the crowd with his signature deep voice and fun-loving personality. 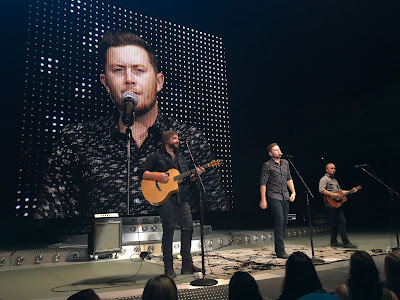 When McCreery began singing his current Top 40-and-climbing hit “Five More Minutes,” the audience cheered even louder. As he sang the lines “five more minutes” for the first time, a large number of concert-goers lifted their arms in the air, opened their palms, and extended their five fingers while singing the words back to him. These actions started a growing wave, with more of the audience joining in every time those three words were sung until nearly the entire arena was united by the final stanza. At the end of the song, McCreery received a standing ovation. 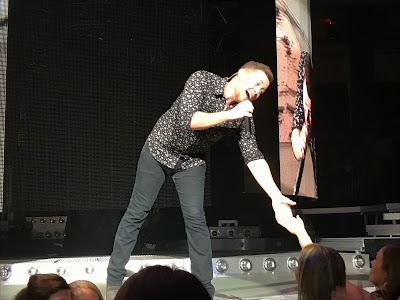 Scotty McCreery reaches out to a fan 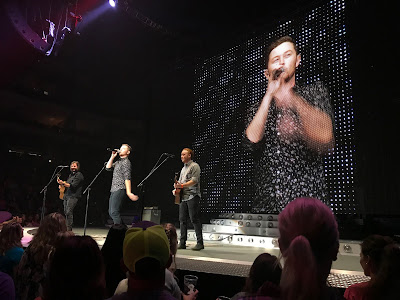 After his final song of the night, McCreery thanked the audience and walked triumphantly off the stage as the crowd continued to enthusiastically cheer. He had done it -- he had opened for one of his biggest musical heroes and inspirations, and the audience had loved him. This was a night he’d never forget. And it wasn’t over yet. Quickly he changed clothes and rejoined the audience in time to experience another legendary performance from Brooks and Yearwood.

“We got out there and did our thing, and then we got out there and watched Garth Brooks,” exclaimed McCreery. “What better night could you ask for?  Can’t thank him enough and Trisha enough for having me out. That was definitely a bucket list night for me!”

The next day, Brooks tweeted McCreery, saying “so great having you out. I could have listened to you all night long…or at least #FiveMoreMinutes! Love, g.”

McCreery was in the recording studio last week working on his upcoming new album to be released on Triple Tigers Records / Sony Music Entertainment.
Posted by LovinLyrics at 12:08 PM