FLORIDA GEORGIA LINE, DOLLY PARTON, JUSTIN MOORE AND MANY MORE FEATURED IN THE LATEST EPISODE OF “THE PICKUP” 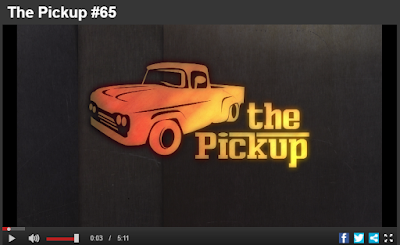 Continuing the tradition of bringing you the latest in country music news, “The Pickup” starts by paying tribute to two country music artists taken way too soon. CMA and ACM winner Don Williams and Troy Gentry of Montgomery Gentry both died on September 8. Williams passed away at the age of 78 after a battle with emphysema. Gentry was tragically killed in a New Jersey helicopter crash headed to a concert on the East Coast for later that night. Gentry was 50 years old.

Justin Moore has announced his “Hell on a Highway Tour.” The tour is scheduled to kick off October 13 in Louisiana and will run through Spring 2018. Opening for Moore will be previous Pickup & Coming success story Dylan Scott.

Dustin Lynch, Brothers Osborne and Lauren Alaina announced the nominees for the 51st Annual CMA Awards have been announced. Up for Female Vocalist of the Year are Kelsea Ballerini, Miranda Lambert, Reba and Carrie Underwood. Nominees for Male Vocalist include Dierks Bentley, Eric Church, Thomas Rhett, Chris Stapleton and Keith Urban. For a full list of awards and nominees go to cmaworld.com. The awards show will air on ABC November 8 at 8 pm ET/ 7 pm CT.

Fall may be right around the corner, but the newest Pickup & Coming artist Scott Brantley is keeping summer around a little longer with his single “My Cooler.” The Georgia native stopped by “The Pickup” headquarters.

Last time “The Pickup” went behind the scenes Hank Jr.’s all new “Are You Ready For Some Football.” In this episode, “The Pickup” has an exclusive with his rowdy friends Florida Georgia Line and Jason Derulo about what it means to them to be part of such an iconic anthem.

As previously mentioned on “The Pickup,” Dolly Parton has announced her debut children’s album called I Believe In You. “The Pickup” was on hand when Parton performed some of the tracks for a group of children, and got to catch up with her backstage where she talked about the music on the album. The album will be available digitally on September 29 and physical copies will be available October 13.

Watch the latest episode of “The Pickup” below.