KEEP AN EYE ON: PATRICK DARRAH: A SMALL TOWN BOY WITH A BIG TOWN VOICE 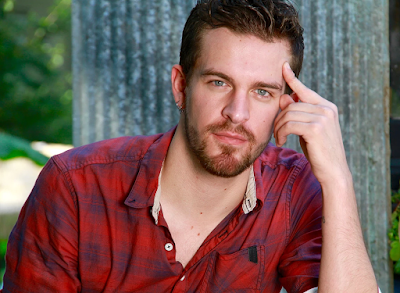 Newcomer Patrick Darrah hails from the small town of Bloomingdale, New York - a town without a stoplight and a place you're more likely to find a John Deere than the latest sportscar, no bustling intersections, no marquee lights, a town where everyone knows way too much about their neighbors and you can expect to find a possum in your garbage most mornings.

A 4th generation auto body technician, Patrick sang along with the voices of country legends between the bondo and the paint. The more Patrick listened to the tunes that made country great, he decided to change his own careeer framework and learn to play guitar and follow the path his heart always led him to - writing music, recording and performing. With a degree in Music Production and Audio Engineering, Patrick did just that and left the comfort of home, taking on the challenge of living in Manhattan and Long Island before exploring other states such as Colorado and South Carolina and finally deciding to hang his hat and call Nashville home, forming his own independent record label, Double Darrah.

With a combination of the musical stylings of artists such as Eric Church, Chris Stapleton, Jamey Johnson and others, he's one of Music City's "must see" artists performing regularly at venues like The Stage, Tin Roof, Tootsie's Orchid Lounge and Honky Tonk Central. If you're in Nashville, be sure to check the latest entertainment schedule for downtown and try to catch Patrick if you can.

His new album, Northern Truth, is set for a Spring 2018 release and his debut single, "I Never Got Over You", a heartfelt twang of lost love, is being released to country radio in December 2017. 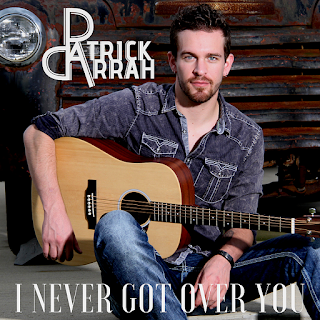 Email ThisBlogThis!Share to TwitterShare to FacebookShare to Pinterest
Labels: I Never Got Over You, latest, music city media, New Artist News, patrick darrah