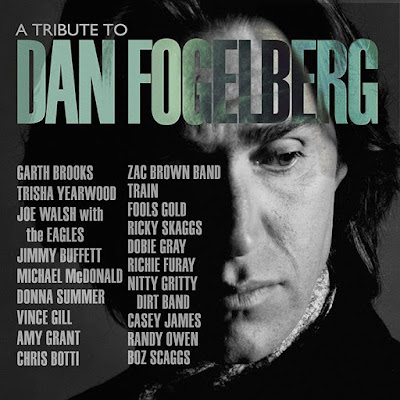 The highly-anticipated album, A Tribute to Dan Fogelberg, is now available on CD, digital and streaming platforms. Released worldwide through BMG, sales will benefit the Prostate Cancer Foundation (PCF), a cause near and dear to Dan’s wife, Jean Fogelberg. In 2008, a year after Dan Fogelberg passed away from prostate cancer, Jean released “Sometimes A Song”, a Valentine’s Day gift to her from Dan, and donated proceeds to PCF. Each year since then she has designed the annual PCF Holiday Cards to help raise money and awareness.

Almost 8 years in the making, the album was a true labor of love for Jean Fogelberg, who says, “I will be forever grateful to these amazing artists for giving their time and talents to honor Dan and to help fund the Prostate Cancer Foundation’s research programs to find a cure for prostate cancer.” In August some of the artists from A Tribute to Dan Fogelberg performed at a sold-out concert at Fiddler’s Green in Colorado that raised $152,000 for the Prostate Cancer Foundation.

“We are blessed and grateful to Jean for her steadfast and devotional support of the Prostate Cancer Foundation and our work to defeat this cancer that continues to take the life of a man every 20 minutes,” said Jonathan Simons, MD, president and chief executive officer, PCF. “With her help and the support of all of Dan’s fans who purchase this beautiful tribute album, research gets that much closer to the day when loved ones are no longer lost to prostate cancer.”

The album features covers of some of Dan Fogelberg’s greatest hits:

Dan Fogelberg, one of the most popular artists of the '70s and '80s, was a key component of the golden age of the singer/songwriter. His second album, the 1974 Joe Walsh-produced Souvenirs, hit the top 20 and led Dan into a three-decade run that would include 11 platinum and two gold albums. His best- known songs include “Longer”, a ballad that became a wedding ceremony standard; “Leader of the Band,” a tribute to his bandleader father, Lawrence Fogelberg; “Run For The Roses”, the unofficial theme of the Kentucky Derby; and the seasonal staple “Same Old Lang Syne.”
Posted by LovinLyrics at 12:35 PM