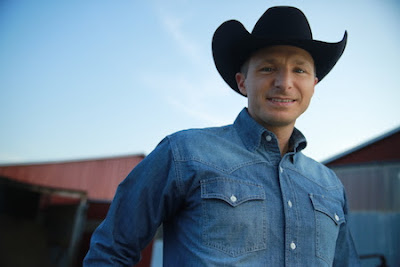 Paul Bogart’s 2017 journey began with the release of his debut album Leather in September at his CD listening party at The Studio in Nashville. Attended by a packed house of industry VIPs and media, the event earned rave reviews. “Maybe in years to come this spot will be viewed as hallowed ground looking back to the time when Leather began to canvas the world,” noted Nashville Music City. The album has landed in Nashville Access Top 5 Albums of 2017 list and is available on all digital platforms.

The success of the independent record can in part be attributed to his active social media presence on Facebook and YouTube as the video views approach 2.7 million, noting the lead track All That Cowboy Jazz had over 25,000 spins in the first few days of release. Collectively the social reach for The Cowboy Way and Cowboy Ride is approaching 5 million fans.

As 2017 comes to a close, Bogart reflects on a few of the unforgettable moments that created special memories and remarkable milestones:

- “Leather” garnered four nods in the Grammy® first round ballots

- He was a special guest artist with an hour national interview and performance on the Big D and Bubba nationally syndicated radio show, which airs on over 50 country music FM radio stations.

- Paul was asked to be the featured artist for the reveal of Randy Travis wax figure at Madame Tussauds in Nashville.

- He and his dad won the AQHA World Champion title in the AQHA Amateur Heeling in Oklahoma City.

2018 is already shaping up to be another big year for Bogart, who is busy working on new music and has recently announced the upcoming addition to his family with a new baby due in March.

More dates to be announced soon.