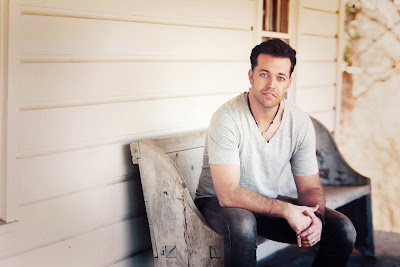 The country singer will also present Wrangler’s donation to the military that evening.  Hoge has a long-standing relationship with Wrangler, participating in 8 Wrangler National Patriot tours traveling to places like Afghanistan, Pakistan, Iraq, Kuwait, Kosovo, Africa, and more to entertain troops.

The Wrangler National Finals Rodeo presented by Polaris RANGER® is the season-ending championship event for the Professional Rodeo Cowboys Association and is widely acknowledged to be the world’s premier rodeo. Held annually since 1959 – and since 1985, every December at the Thomas & Mack Center in Las Vegas – the Wrangler NFR is ProRodeo’s richest and most prestigious rodeo, and it showcases the very best cowboys, barrel racers and livestock in the world. It is telecast to more than 55 million households on CBS Sports Network, last year’s event saw more than 170,000 in attendance.

Lucas Hoge’s career-defining year is wrapping up with holiday cheer with the release of his holiday album, Christmas Is Here.  Following the release of his No. 1 on the Billboard Country Album Sales Chart with Dirty South, the new album includes Christmas classics such as “White Christmas and “Silent Night” alongside four all-new songs, “Christmas Is Here,” “Ho Ho Home For The Holidays,” “Without Christ In Christmas” and “Baby's Got A Present,” which were co-written by Hoge. Fans of Hoge can catch his new video “Home For The Holidays” on GAC, Heartland and The Country Network.

For more information and the latest news on Lucas Hoge, go to LucasHoge.com.
Posted by LovinLyrics at 12:26 PM