CD REVIEW - RYAN SIMS: MY SIDE OF THE STORY 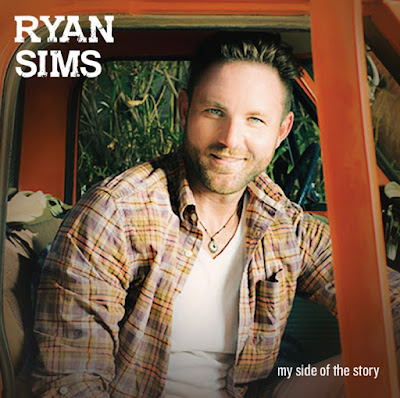 Cave Creek, AZ singer/songwriter Ryan Sims' sophomore album My Side Of The Story was recently released and includes collaborations with a supergroup of top shelf musicians including former John Mellencamp drummer Kenny Aronoff,  Rolling Stones’ bassist Darryl Jones, Elton John’s keyboardist Kim Bullard and Lady Antebellum’s guitarist Jason “Slim” Gambill. Combine all of this genius musical wizardry with the grit of Ryan's voice and the passion in which it was written. It's on a surefire path to success.

My Side Of the Story was produced by Justin Gray who has worked with such top selling artists including James Bay, Joss Stone, and Mariah Carey. The album ssums up a rocky and emotional year for Ryan) and the album is the culmination of a trying year for Ryan. Sims wrote or co-wrote every track on the album which is a musical outline of his deepest and most personal challenges including entering rehab for drug addiction, an ex-lover’s affair, the ending of a long-term relationship and a very emotional rollercoaster ride. It truly is his side of the story. Each song is heartfelt and honestly written and each is a testament to Ryan’s vulnerability, his strength and resilience as well as his depth as a writer. It's a bridge that connects the emotions through music.

This album is something that offers a relative story to every listener, some songs like "Tragedy" and "Red Head" are a little deeper and will bring tears to the eyes of those who have been through similar situations and there are those more upbeat songs like "Before I Sell Myself" will have you rooting for the singer and all will bring a deeper appreciation for the art of songwriting, musicianship and also for the manner in which each song is delivered.

You can purchase "My Side of the Story" on iTunes or stream on Spotify.