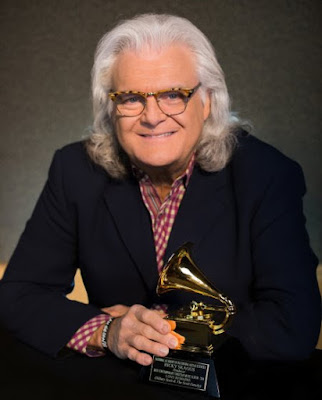 Skaggs sat down with the widely-popular music gear website to discuss the late Bill Monroe's unique performance style and the impact the "Father of Bluegrass" left on the genre, as well as Country music. Watch the full discussion HERE.

Skaggs has been quite the buzz around Nashville as of late. Last May, he was spotlighted during a Special Program at the Country Music Hall of Fame and Museum, highlighting his 50+ years as an entertainer. That same month, he celebrated 35 years as a member of the Grand Ole Opry. Later in the fall, he returned to his country roots when he performed all of his classic chart-topping songs before a sold out crowd at the Nashville Palace. The concert marked Skaggs' first full-blown country show in Music City in 20 years.

Following the concert, Rolling Stone Country raved: "The playing, as one would expect, was exceptional, and his mountain tenor sounded just as pure as it did 30 years ago. It was both a joyful stroll down memory lane and a reaffirmation of Skaggs' permanent place in the country and roots pantheon."

The icing on the cake was Skaggs' 15th GRAMMY® win last year when he took home the gold for his producer credit on Hillary Scott & The Scott Family's Contemporary Christian album, Love Remains.

Below is a full listing of Skaggs' GRAMMY® wins.

2007 Best Southern, Country, or Bluegrass Gospel Album - Salt of the Earth (with The Whites)

1983 Best Country Instrumental Performance – “Fireball”
Posted by LovinLyrics at 9:56 AM