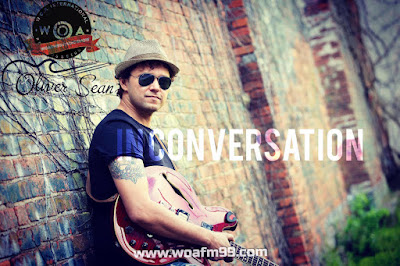 We are now accepting priority submissions of exceptional independent songs for Season 12. All genres are accepted for this variety music show.

If you want to get commercial Radio airplay in this region there is no better way than the WOAFM99 Radio show, which gets Independent music from around the world onto a weekly radio show on major FM radio stations in India and public radio internationally.

WOA Entertainment has till date conceptualized and executed ground breaking opportunities for Independent artists wanting to break into these markets, including the

* Annual WOA international Music festival supported by Vh1, The Times, 9XO and Government of Goa, now in its 10th year of production.


* The WOA TV Show - All things Music, which is now entering Season 5, a TV show focusing on breakthrough Indie bands, distributed to various network & cable TV in the region.


* Global Promo Compilations: Goa Chillout Zone and Independent No.1's - the 2 global music compilations released worldwide every year with distribution support by major labels including support from Universal Australia, Vh1 and the Times and the Government of Goa including others.

The WOAFM99 Radio show is one of the very first promotional avenues that was started by WOA Entertainment at the initial stages and is now a hugely respected radio show and music catalogue for commercial radio stations who consult W.O.A Entertainment (Grammy Awards Media Member, Vh1 Top 10 & MTV EMA Nominated Record Label) when it comes to breaking new indie artists in India/Dubai. Select artists from the show are also offered a chance to opt in for the quarterly commercial radio playlists, which get guaranteed rotation on hundreds of radio stations worldwide (India, Dubai, the UK, Netherlands, Germany, Canada, Costa Rica and North America)

The WOAFM99 Radio Show is now accepting songs for the new Season 12. If selected, your song will be placed on one of the upcoming episodes of the WOAFM99 Radio Show. There are no other costs to the artist aside from the entry submission fee  - Submit Songs Here

WOA Entertainment distributes this radio show for free and gets airplay for artists on major platforms and venues via the show. A one of kind broadcast opportunity for Independent Artists. Listen to the podcast version of WOAFM99 Radio Show online (currently on Season 11) at http://www.woafm99.com and on iTunes or Podbean (links on the official website www.woafm99.com)

Posted by LovinLyrics at 1:01 PM