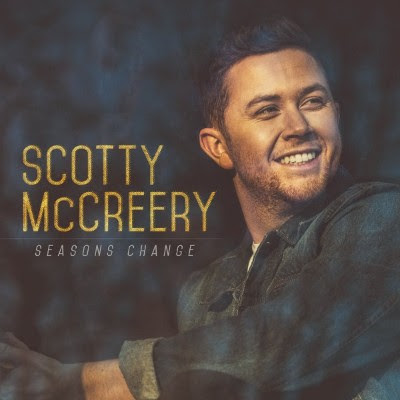 After a five-year wait and a multitude of life changes, Scotty McCreery releases his highly anticipated album, Seasons Change, for digital pre-order everywhere today, ahead of its March 16 release on Sony’s Triple Tigers Records – his first album on the label. The project features his current nearly-Top 10-and-climbing radio hit “Five More Minutes,” which People calls an “emotional walk down memory lane.”

Fans are also surprised today with the instant grat track “Wherever You Are,” available now. “Wherever You Are” was co-written by McCreery, Frank Rogers and Dan Isbell. The song outlines the motivation love gives to do whatever it takes to be with a significant other, and is inspired by McCreery’s recently-engaged fiancée, Gabi Dugal, with lyrics like:

Up in Manhattan/ Or way out in some cabin/ In the middle of nowhere/ Well baby I’ll be there/ Wherever you are, wherever it is/ Baby it ain’t too far/ Just give me call or drop me a pin

With every song co-written by McCreery himself, Seasons Change marks the first time he’s played a hand in writing his entire album. With songs influenced by true-life events that occurred since he released his last album at 19 -- including moving out on his own, going to college, getting robbed at gunpoint, losing his grandfather, changing record labels, releasing a book and proposing to his high school sweetheart -- Seasons Change is a true reflection of where the North Carolina native is in life.

Album bundles are also available on ScottyMcCreery.com including autographed CDs bundled with a personalized video and various merchandise options for pre-order.

The album’s first single, “Five More Minutes,” is closing in quickly on the Top Ten and has already built an impressive history. McCreery performed “Five More Minutes” on the Grand Ole Opry stage in 2016, where it quickly became a fan-favorite YouTube video reaching millions of viewers and earning the Rare Country Grand Ole Opry Moment of the Year Award. Although McCreery was not signed to a record label at the time, national radio personality Bobby Bones heard the song and immediately felt compelled to debut it on iHeart Radio’s “The Bobby Bones Show” in 2017. Due to popular demand, it was made available for sale and to radio soon afterwards, ranking at No. 2 on the iTunes Country Singles Chart on the day of release. “Five More Minutes” became the first song in history to chart in the Country Aircheck / Mediabase Top 50 without being released by a record label. It also earned McCreery the Taste of Country 2017 Indie Artist of the Year Award.
Soon after, McCreery signed with Triple Tigers Records / Sony Music Entertainment. To date, the song has earned more than 50 million streams and sold more than 175,000 paid downloads. The music video, directed by Jeff Ray and featuring never-before-seen home video footage from McCreery’s life, debuted at People and has earned nearly 18 million views on YouTube while also topping the GAC’s “Top 20 Countdown” for six weeks.

Fans can purchase “Five More Minutes” HERE, and watch the video HERE.
Posted by LovinLyrics at 9:41 AM