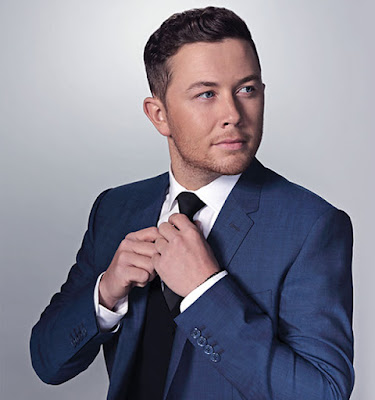 After announcing his forthcoming album, Seasons Change, is due March 16 on Triple Tigers Records and making some major decisions in his personal and professional career, Scotty McCreery’s debut single from the forthcoming album, “Five More Minutes,” becomes his first No. 1 hit, reaching the top spot on both the Billboard and Mediabase/Country Aircheck Country Airplay charts. The song that The Tennessean says, “pulls heartstrings” also cements RIAA Gold certification for combined units of steams and sales in excess of 500,000.

An overjoyed McCreery said, “There was a time I thought this song would never see the light of day. Seeing this song, inspired by my Granddaddy Bill, go Gold and then become my first number one means the world to me! After writing it with Frank Rogers and Monty Criswell, I tweeted out that ‘I think I just wrote my favorite song I’ve ever written,’ and that still holds true today. Thank you to my fans, country radio, Triple 8 Management, Triple Tigers Records, my band and crew, and everyone on my team. A big thank you to Bobby Bones for bringing national attention to the song. Gabi and I have been celebrating all day!”

“Five More Minutes,” which People calls an “emotional walk down memory lane,” was McCreery’s first introduction back to the industry after the singer took almost five years since his last No. 1 studio LP, See You Tonight while resolving legal disputes with his former label, touring, writing new songs, and creating this new album for his new label home. The hit that Billboard calls, “heart-wrenching” was written two weeks after the passing of his paternal grandfather, who serves as a major inspiration for the song, and takes listeners on a journey through both the joys and sorrows of life, ending with a plea for “five more minutes” with his grandfather.

McCreery wrote the song with Seasons Change co-producer Frank Rogers and Monty Criswell back in 2015. He first performed it publicly on the Grand Ole Opry in June 2016 during CMA Music Festival, receiving a standing ovation and subsequently millions of views on the Opry’s YouTube channel. National Radio Hall of Fame member Bobby Bones championed “Five More Minutes” and gave the song its national radio debut on his morning show in late April 2017. Fan reaction was immediate, and McCreery released the song independently soon thereafter. On the day the song was released, country music legend Randy Travis tweeted “this is storytelling and country music at its best.” Soon after McCreery signed with Triple Tigers Records, and the song became not only the highest-ranking single of his career, but also the fastest rising song of his career.

The 24-year old singer/songwriter has a lot to say on Seasons Change, McCreery’s forthcoming 11-track album, co-produced by Rogers, Derek Wells, and Aaron Eshuis, due March 16.

With every song co-written by McCreery himself, Seasons Change marks the first time he’s played a hand in writing his entire album. With songs influenced by true-life events that occurred since he released his last album at 19 -- including moving out on his own, going to college, getting robbed at gunpoint, losing his grandfather, changing record labels, releasing a book and proposing to his high school sweetheart -- Seasons Change is a true reflection of where the North Carolina native is in life.

Aside from “Five More Minutes,” several songs from Seasons Change are available now including “Wherever You Are,” “In Between,” and “Home In My Mind.”

Fans can pre-order Seasons Change now here: http://smarturl.it/Seasons_Change.
Posted by LovinLyrics at 11:17 AM