KELLIE PICKLER SWINGS BY LOS ANGELES FOR "PICKLER AND BEN" PRESS TOUR ... AND GETS SCARED BY ELLEN 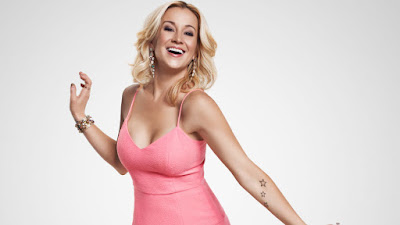 Country music star and co-host of “Pickler & Ben,” Kellie Pickler wrapped up a whirlwind Los Angeles press tour this week to promote the freshman talk-show, which was recently picked up for its second season.

She began the week on Tuesday, February 20th with an appearance on “Ellen” where she was scared by “Faith Hill.”

On Wednesday, she headed over to E!’s “Daily Pop” for a chat about her upcoming birthday and her favorite things about hosting the first talk show based out of Nashville. After which, she visited CNN for a live interview on HLN’s “MichaeLA.”  Kellie and Michaela Pereira talked about the show and Kellie’s three USO Tours.  At “ET Online,” Kellie and Sophie Schillaci talked about her most recent single and played a game about country slang terms.

Thursday, the day began with a visit to “Access Live” where she spoke with hosts Kit Hoover and Scott Evans about the instant chemistry she and co-host Ben Aaron had from their very first meeting.  Next she headed to “Perez Hilton,” who expressed how much he’d like to appear on “Pickler & Ben.”  After a wild visit with “Extra” amid the crowds of Universal CityWalk, Kellie wrapped up her press tour at “Steve Harvey” where she shared her passion for extreme sports, including sky diving for a segment to air on February 26th.
Posted by LovinLyrics at 12:16 PM