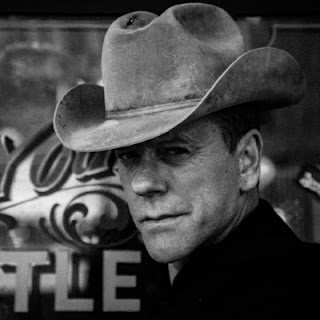 Sutherland’s career as a touring and recording artist has catapulted him globally as a bonafide guitarist and vocalist. After the release of his “refreshingly honest country-rock album Down In A Hole, with the same lyrical well of lovelorn desperation as Waylon and Willie’s most soulful Outlaws moments” (Guitar Aficionado), Sutherland embarked on a SOLD-OUT North American and European tour.  He played more than 120 shows, including performances on the Grand Ole Opry, Stagecoach and Glastonbury Festival.

Reviewers across the globe continue to be impressed:


“He’s grizzled and passionate; a low rumble, as gravelly as it was authentic.”
-James Hall, The Telegraph

“All of the originals conveyed conviction and character. There wasn't a single dud or awkward lyric in the bunch. He didn't appear to be acting when he said he had been waiting a lifetime to play for a crowd like this one. Maybe being a country singer is the role Sutherland was born to play after all.”
-Piet Levy, Milwaukee Journal Sentinel

As a singer/songwriter, Sutherland has performed on “The Talk,” “Jimmy Kimmel Live!” and “The View”  and graced the covers of Guitar Aficionado, Goldmine Magazine and Collectible Guitar issues. Sutherland’s cinematic “Shirley Jean” video, which tells the story of a man's last night on death row, taking the form of a goodbye letter to a woman he once loved, continues to captivate fans on music channels CMT and GAC.

Keep up with Sutherland on the road by visiting kiefersutherlandmusic.com
Posted by LovinLyrics at 10:34 AM