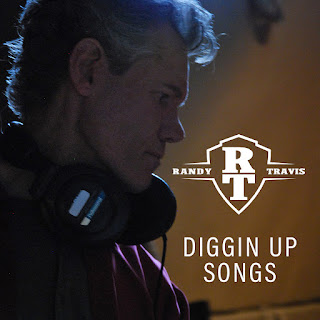 Country Music Hall of Fame member Randy Travis has long since marked his spot in music history as one of the truly timeless country icons. Now, he is putting his years of experience and golden ear to good use by shining a spotlight on new music he believes in and enjoys listening to. Diggin’ Up Songs new music spotlight is a multi-faceted digital campaign across Spotify, Twitter, Facebook and RandyTravis.com highlighting music curated by Randy Travis himself. The direct Spotify playlist can be accessed HERE.

“Though Randy may not be able to perform right now, his love and affinity for music stands strong. We like to say he is ‘singing a new song’ and spending his time giving back to the community and supporting fellow artists -- streaming is a great new outlet to do just that,” said wife Mary Davis-Travis.

New songs will be added every two weeks, by Randy, and the first round was released today. In no particular order they include:

“The Long Way” by Brett Eldredge

“You Broke Up With Me” by Walker Hayes

“One Number Away” by Luke Combs

“Doin’ Fine” by Lauren Alaina
Posted by LovinLyrics at 1:28 PM