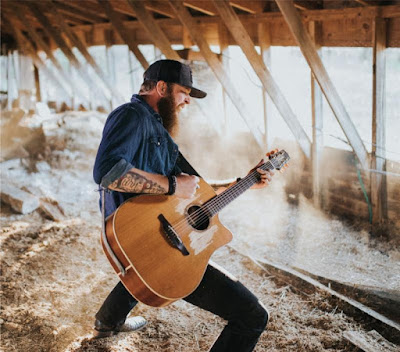 May 19 Back The Blue Fest, Ridgeland, MS

The Pour Whiskey Tour is named for Bryant's gritty, hell-raisin' "Pour Whiskey On My Grave," the second radio release from his upcoming CD. The single is available to programmers via Play MPE and fans can purchase at iTunes , Amazon, Google Play and Spotify. The track's powerful companion video has topped SEVEN MILLION views, with more than 225,000 shares on the artist's Facebook page. The clip can also be viewed on YouTube, where clicks have already topped ONE MILLION.

The Tour gives this electrifying entertainer a chance to re-connect with fans across the nation - and to reunite with other performers he's come to know. He's particularly excited to see Cody Johnson when they gather for a show in New Braunfels, TX on May 26. "I've been blessed to cross paths with Cody several times and we've become friends," Jacob notes. "I appreciate the opportunity to perform with him whenever I can."

Bryant is known for his incredible live performances; he doesn't do anything halfway. Jacob's come from a teen too shy to sing in his school chorus to rippin' it up with all the enthusiasm of a young Garth Brooks. His music is raw, real and blatantly honest. This is a man comfortable in his own shoes ... or boots. Bryant isn't pretending to be something he's not - and fans immediately respond to his energy and passion.

Industry tastemakers are hailing this newcomer as well:

"Completely at ease getting audiences riled up and having a good time. He delivers modern Country music that's tinged with elements of old-school Outlaw Country and Southern Rock." - Spartanburg Herald Journal

"His music is raw, gritty Country/Rock that's a lot more Skynyrd than it is Eagles. He's steadily built a growing fan base on the strength of hard-bitten true-to-life songs ..."
- Greenville, SC Journal

Posted by LovinLyrics at 4:07 PM