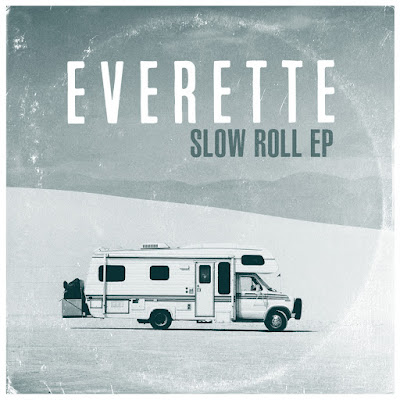 On the heels of burgeoning duo EVERETTE (Brent Rupard and Anthony Olympia) catapulting onto Country radio with its debut single “Slow Roll” arriving as the Most Added song of last week (6/18), the duo’s debut EP Slow Roll is available now at all digital retailers and streaming services. Buy or stream Slow Roll here: https://everette.lnk.to/slowroll_ep

The project, which was predominately co-written and co-produced by the duo features five tracks layered with intoxicating melodies and bluesy guitar licks which “beg repeated listens” (Nashville Scene).

Additionally, in case you missed it, Everette recently revealed its “Slow Roll” music video. Making an epic introduction with themes of laid-back, go-with-the-flow vibes, the video is a must-watch adventure from top to bottom. Olympia explained to Rolling Stone, "it was crazy. We got into a 1982 Winnebago, made our way to Memphis, broke down about 40 miles or so [outside Nashville] – still had a good time. Pretty much life lesson: things don't always go the way you plan, so you might as well have a good time with it. That's really what the song's about."