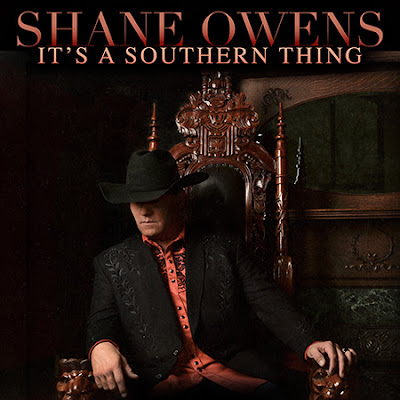 Shane Owens has released his latest musical project, It’s A Southern Thing. It contains six tunes consistent with Owens’ traditional country sound with a modern edge, and includes his hit single, “Lie,” which garnered positive reviews from outlets such as Billboard and Rolling Stone Country. It’s A Southern Thing can be purchased or streamed here. Track-by-track and acoustic videos for the songs were exclusively premiered this week by RoughStock, Nashville Noise, Country Rebel and Country Music Tattle Tale.

“I’m a traditional country singer, and I’ve never strayed away from my roots,” Owens says. “It’s a little bit tougher at radio nowadays, but we’re trying to do our part to keep country music alive. Whether you're from out on the west coast all the way to the east coast down to Florida, we all have a little southern in us.”

From the humorous wordplay of the project’s first single, “Lie,” to the honky-tonk dancefloor beat of songs such as “Honky Tonk Girl,” there’s a little bit of something for everyone. However, there are some more serious moments as well. He celebrates his country upbringing on the emotionally stirring “It’s A Southern Thing,” and tips the hat to his musical influences on “Love To Try Them On,” where he celebrates the heritage of those who have come before him.


"Shane Owens is doing his part to bring authenticity back to country music. With his latest release It's a Southern Thing, Owens includes that classic 90s country sound on 'Love to Try Them On' and 'Honky Tonk Girl,' a traditionally deep cut in 'Working Man,' a slow ballad with the title track and he allows his humor to shine through on his current single 'Lie.' Owens also offers a wonderful surprise on track 5: 3 Doors Down's 2002 hit song 'Here Without You.'"
- Janeen Megloranzo, The Country Note

Now, with It’s A Southern Thing completed and released, Shane Owens is ready to share his new music with the world! You can pre-order a physical copy of the project, available July 13, at www.ShaneOwensCountry.com.