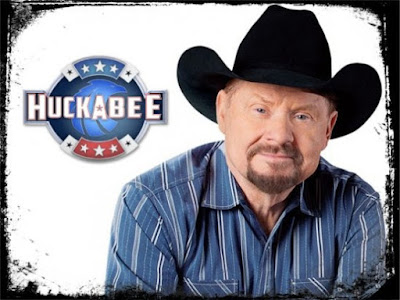 Moe Bandy will appear on the nationally televised variety show Huckabee (TBN) this Saturday, June 30 at 8:00 PM/ET. Bandy will showcase his new autobiographical book, appropriately titled Lucky Me, and will perform his hit song "Americana."

Bandy's "Americana" is what initially sparked his relationship with the Bush family. George H. W. Bush personally invited Bandy out on the campaign trail with him to perform the song live at rallies, and ultimately won the presidency. Bandy's new book details his 30-year friendship with President Bush and the late First Lady Barbara Bush, who wrote the book's foreword.

Lucky Me is available for purchase at moebandybook.com.
Posted by LovinLyrics at 2:58 PM