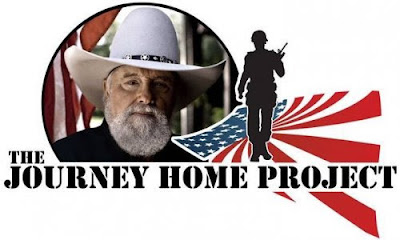 On behalf of his veterans non-profit organization, The Journey Home Project (TJHP), the Country Music Hall of Famer will also award the first-ever Charlie Daniels Patriot Award to two special honorees, handpicked by Daniels and his manager and TJHP co-founder, David Corlew. This year's recipients will be announced at a later day.

"We are adding a new feature to the Journey Home fundraiser this year," says Daniels. "We are going to be presenting the first Charlie Daniels Patriot Award to some folks who have gone above and beyond to help our veterans."

The criteria for the Charlie Daniels Patriot Award is based on the mission of The Journey Home Project: To support veterans in their return, rehabilitation, and reintegration back into civilian life. The award honors a person, persons, or group that exemplifies the efforts and dedication to fulfill its purpose of care, support and encouragement to the men, women, and families who have served our great nation.

All proceeds from the evening benefit The Journey Home Project. The event is produced by David Corlew & Associates.

For more information, visit charliedaniels.com.
Posted by LovinLyrics at 11:40 AM