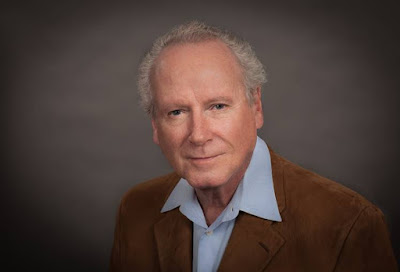 Music Row is lined with stories…but few people have witnessed as many – and have as many to tell – as Robert K. Oermann. Since arriving in Nashville 40 years ago, “Bobby Karl” has documented, chronicled and helped tell countless tales of the people, places and events that give Music City its moniker. He’s a natural and deserved choice as this year’s Music Row Storytellers honoree.

Music Row Storytellers is an event designed to honor people who stand the test of time in telling the stories that make the music industry so fascinating – the journalists, interviewers, reporters, show hosts and others who’ve lived, breathed and witnessed these moments alongside the music- and decision-makers of Music Row. The third annual event will be held Monday, October 29 at the Wellspire Center (907 Gleaves St., Nashville TN 37203 – valet parking provided). A 6:00pm cocktail reception will be followed by a 6:30pm program honoring Oermann and benefiting Music Health Alliance. The evening will be filled with laughs and stories from Robert K. and surprise guests who’ve been part of his career.

Tickets are available for purchase here for $75.00 (fees included).

Now the unofficial historian of Nashville’s musical heritage, Robert K. Oermann’s love of music can be traced back to his Pittsburgh childhood, when he clerked in his grandmother’s record store. He moved to Nashville in 1978 for a job with the Country Music Hall of Fame & Museum. His freelance writing put his byline into such publications as Billboard, The Hollywood Reporter, Esquire, TV Guide and – in the early 1980s – the pages of an emerging newspaper called USA Today (as its first country-music reporter and critic). A dozen years with the daily Tennessean made him a Music City staple, as he evolved to become the community’s go-to journalistic source, critic, commentator and tastemaker. His entertaining singles reviews -- an anchor of Music Row magazine since its inception in 1981 -- have made him a music-industry must-read.

As the author of eight books, the host of the hit podcast Children of Song and a creative force in film and TV documentaries, he has chronicled America’s musical culture for decades, sometimes in collaboration with his wife, Mary A. Bufwack. Liner notes, artist bios and interviews created by Robert K. have breathed life into the careers of innumerable artists, musicians, songwriters and producers. He has served and continues to lend his expertise and perspective to numerous organizations – The Recording Academy, the CMA, the Nashville Public Library, Leadership Music and the Nashville Songwriters Hall of Fame among them. He is also an ombudsman for Music City as a convention speaker, a mentor to students and a frequently televised commentator. Simply put, Robert K. Oermann is a Music Row “Storyteller.”

Music Row Storytellers benefits Nashville-based non-profit Music Health Alliance, which fights so those in our industry never have to feel alone in a health crisis. The seven-person team at Music Health Alliance removes obstacles so patients can receive lifesaving care. Thanks to the direct efforts of Music Health Alliance, more than 8,400 members of the music community across 38 states and all genres of music have gained access to lifesaving heart, lung, kidney and liver transplants, medications to treat Parkinson’s, end of life care and many other crucial services. Since 2013, Music Health Alliance has saved over $33-million dollars in healthcare costs including insurance premium savings, medical bill reductions and discounted medications. Its services are free to any person who has worked in the music industry for two or more years, or who has credited contributions to 4 commercially released recordings or videos. Spouses, partners, and children of qualifying individuals may also receive access to the non-profit’s services from birth to end of life.

The Music Row Storytellers organizing committee is a group of music industry professionals dedicated to celebrating the leaders, influencers and storytellers that “came before,” while providing awareness and financial contribution to a music industry related non-profit organization.
Posted by LovinLyrics at 11:22 AM