Episodes Hosted By Nu-Blu To Be Featured on Bluegrass Unlimited’s Official Website, Plus Newly Announced Partnerships With BluegrassCountry.org and TheBluegrassJamboree.com 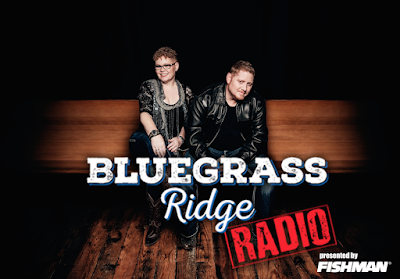 The wait is over, as the highly-anticipated Bluegrass Ridge Radio, hosted by Nu-Blu, officially launches today. The endeavor marks Bluegrass Unlimited Magazine’s first move into digital media, and fans can catch the debut episode right now streaming on the publication’s official website here. The bi-monthly radiocast will include exclusive in-depth interviews and content, as well as music from bluegrass music’s biggest artists.

The first episode of Bluegrass Ridge Radio features an interview with Grammy award-winning group The Earls of Leicester. Recorded at IBMA’s World of Bluegrass, listen in to a very rare interview with all 6 of the Earls. The Rounder Records artists explore topics like their own musical beginnings as well as how the group was formed, and insights into their own views of “what is bluegrass?”

“We’re so excited about this show,” says Nu-Blu’s Daniel Routh. “It’s been something that we have wanted to do for a long time. While on tour, we’ve gotten to know many of the amazing artists in bluegrass, having this opportunity to give others a glimpse into who they are and why they love this music is a perfect way to take our genre to an even larger audience.”

The radiocast is also affiliated with the nationally syndicated TV program “Bluegrass Ridge,” which is available in 60 million homes in North America. All new episodes broadcast the weeks of October 22, October 29, November 5 and November 12 will feature interviews with all six members of The Earls of Leicester. In addition to airing on Heartland TV, the 30-minute music video driven series also airs on The Family Channel, Keep It Country - UK and Country TV - New Zealand (check local listings). The show is produced by Nashville based CJM Productions.

Bluegrass Ridge Radio is also happy to announce there are even more ways for music enthusiasts to listen to the show. In addition streaming online, fans can also tune-in to BluegrassCountry.org and TheBluegrassJamboree.com where each will also share the first of its kind radiocast in their weekly broadcast schedule. Be sure to check back regularly as more episodes roll out featuring top acts like “Emerging Artist of the Year” winners ‘Po Ramblin Boys, 5-time “Female Vocalist of the Year” Dale Ann Bradley, and other top artists like Missy Raines, Chris Jones, Danny Roberts, Steve Dilling, and Junior Sisk, plus more big surprises.
Posted by LovinLyrics at 3:55 PM