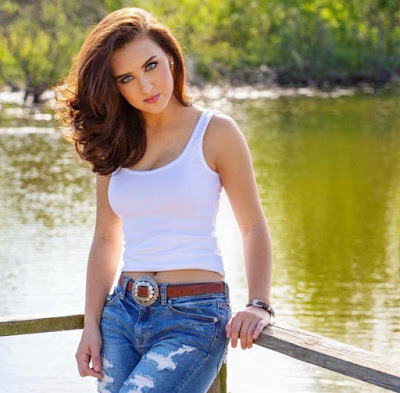 "Natalie Rose has a voice that spans all ages, with an energy level and a range that surpasses all expectations, this young lady is one to be heard!"
- Rita Ballou, Morning Show Co-Host, KOKE-FM/Austin, TX

Natalie Rose's latest single, "My South," is proving itself against songs from some of the biggest stars in the Texas music scene and radio programmers are quick to express their strong support for her. Currently the only female inside the Top 15 of the Texas Regional Radio Report, Rose is competing alongside Josh Abbott, Wade Bowen, Pat Green and other major artists in a format with few women artists.

In addition to high praise from Ballou, "My South" and Rose also have garnered strong support from other influential radio programmers, including Austin Daniels of KFTX/Corpus Christi, TX who raves: "Natalie Rose's 'My South' has crisp, clear vocals with a fiery finale that is smoking hot! This young lady is someone to watch, and someone your listeners will identify with...she's 'Real,' she's 'Country,' she's 'Texas'... enough said!"

No stranger to the Texas music scene, over the course of 6 singles, Rose has earned the distinction of being one of the top female vocalists in the marketplace, an honor that she has earned by releasing great songs and maintaining a busy touring schedule. "My South" is the sixth single release from Rose since 2014, with each successive song climbing higher on the charts than the previous one. Rose's last single, "Conformity," peaked at #7.

Texas print and Internet media outlets have also recognized Rose's accomplishments. She is currently the cover feature story in the October/November edition of Texas Life Magazine and recently graced the cover of Action Magazine.

Ken Murray, another well-known Texas radio tastemaker who programs KTTX/KWHI/Brenham, TX, sums it up quite well: "Natalie Rose possesses one of the finest voices in Country music and when she sings about 'My South' she hits the nail on the head."

For more information about Natalie Rose, connect with her online: