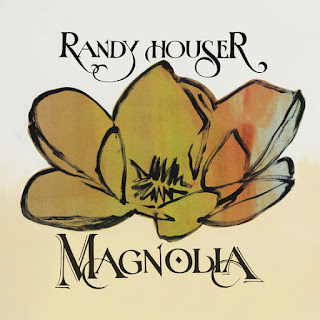 
“Houser imagines and inhabits a blue-collar, tortured soul character with some of the most expressive performances of his career” – NPR

“He’s in his element, and truly going for it” –NPR

This album marks a new era for Randy. Feeling impassionate, Houser opted to slow things down and set up camp in his good buddy and co-producer Gattis’ studio in East Nashville to recalibrate and rediscover his passion for creating music. He spent nearly two years fully invested in his songwriting which resulted in Magnolia and a new sound that is un-polished yet authentically Houser. NPR Music praised Magnolia, stating: “Houser imagines and inhabits a blue-collar, tortured soul character with some of the most expresive performances of his career.”

“Magnolia has been my beacon of light and restored my spirit and my truth,” said Houser. “It’s also the most daring and honest piece of work I’ve made in my life.”

Houser’s fingerprints can be found on every inch of the project, having co-written every song on the album (and playing lead guitar on many of the songs). The album title is a nod to Houser’s roots growing up in “The Magnolia State” which was a large influence on the homegrown, organic sound showcased throughout the record—in addition to his new season of life. Despite the many changes, Randy’s thick, commanding vocals (that earned him four #1 hits, a slew of award nominations and critical acclaim), remain constant.

In conjunction with the album, Houser has also created a film of the same name which embodies the sentiment of the album’s lyrics. The film will feature several live performances by Houser himself (who also serves as executive producer for the project), including the lead single off the album, “What Whiskey Does.” Additional details about the Mississippi-inspired film are forthcoming.

Houser has released several videos derived from the film in advance of its release, including the acoustic video for “No Good Place to Cry.” Additionally, the country powerhouse debuted the official music video for “No Stone Unturned” today.

Posted by LovinLyrics at 1:34 PM