THE KENTUCKY HEADHUNTERS RETURN WITH "LIVE AT THE RAMBLIN' MAN FAIR" SET FOR JANUARY 11, 2019 RELEASE 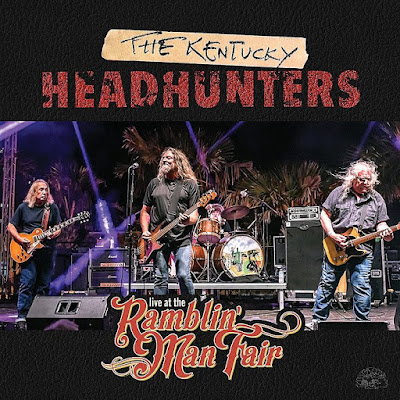 Alligator Records has set a January 11, 2019 release date for LIVE AT THE RAMBLIN' MAN FAIR, the new album from Grammy-winning Southern blues-rock band The Kentucky Headhunters. The band -- guitarist/vocalist Richard Young, his brother drummer Fred Young, guitarist Greg Martin and bassist/vocalist Doug Phelps --- had never before been to Europe in their 30-plus year career. This set, recorded at The Ramblin' Man Fair in Maidstone, UK, captures them at the height of their raucous, rocking powers.

LIVE AT THE RAMBLIN' MAN FAIR packs an adrenaline-fueled punch as the Headhunters revel in the power of roadhouse rock and blues. From the opening crunch of Big Boss Man to a thunderous take on The Beatles’ Don’t Let Me Down, the energy level is off the charts and the crowd is swept up in one raucous and rowdy good time.

CLICK HERE TO PRE-ORDER NOW
Posted by LovinLyrics at 11:37 AM