Meet John King, a singer/songwriter who began with a humble start in small Georgia town of Demorest, graduated from the University of Georgia and made his move to Nashville to pursue his passion for music, signing his first record deal with Black River Entertainment in 2014 and penning his first #1 co-write, "We Went", cut by Randy Houser. After parting ways, John is now signed with Starstruck Entertainment, which hosts an impressive roster of names including Blake Shelton and Kelly Clarkson, and is currently on the road in support of his latest single, "Try Saying Goodbye", which is gaining a lot of praise from fans and with 286K streams in only two weeks, it's also turning ears in country radio with multiple stations already spinning the song.

I first had the pleasure of meeting John and interviewing him when he released his first single, "Tonight Tonight" a few years ago and have loved seeing him grow in his talent. John is not ashamed to share his love of family and faith in an industry that doesn't always think that particularly fits the image they're trying to sell for young artists but he takes his own path and that path has led him to good things and right to a large dedicated following. He takes great pride in his relationship with his fans. He's easily one of the most fan friendly artists on social media and we love him for that.

Check out our latest interview with John and find out more about him, what's been going on and what's on the way.

John's headed towards his best year yet and we're more than happy to sit and take it all in. 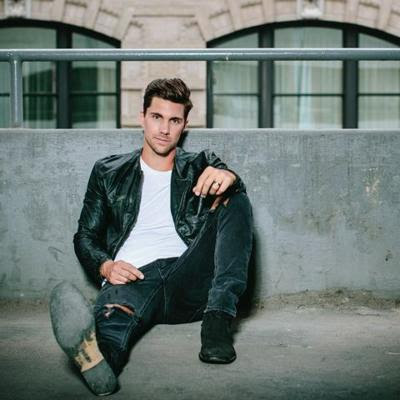 Q: Who is John King? Why should people tune into your music and what makes you unique among the rest of the crowd?

John: Well I grew up in a small town in North GA. Started off working hard labor jobs like construction until I finally made my way to Nashville and started this wild ride as a Country Artist. Have always had a passion for music.. songwriting, performing, all of it. I think what makes my music different is the attention to detail in the lyric. I love songs that are honest, REAL and make you feel something.

Q: Let's talk about the new single, "Try Saying Goodbye". It's such a great song and showing up on play lists and "Best of" Lists media-wide. Where did the inspiration come from? Is there a story behind it? Did you write this one on your own or was it a collaborative process?

John:  I wrote this song with my good friends Jamie Paulin and Paul DiGiovanni (who also produced the song) over a year ago. The morning of the write we were talking about relationships and how every couple has disagreements along the way at some point. Then we got to talking about how hard it is to say sorry.. to admit you're wrong (even when you know you are). Somebody threw out the line "Yeah sorry is hard but it's a whole lot harder to say goodbye".. That's when I knew we had a song. The inspiration for the song came about when I was looking back on my relationship with my wife. We've been together since we were 15 years old.. she's the only girlfriend I've ever had. There were so many points in our relationship where it would have been easy to just give up, say goodbye. But we always found a way to stick it out, not let pride get in the way. Now we have a beautiful baby girl and such a wonderful life together. This song reminds me of the amazing things I would have missed out on if I had chosen a different path.

Q: You're currently on tour promoting the new music and word on the street is that a video for the single is on the way AND I'm hoping a new album too? Alright, start talking, let's hear all about it.

John: Yes! The video will be premiering on CMT Feb 15!! This is hands down the best video I've ever been a part of. My buddy Jeff Johnson directed it and did such a great job of bringing the raw emotion from the song into the video. I remember watching the actors perform the scenes live and getting emotional because it was SO believable. I feel like the song has a message that needs to be heard. The video just makes the emotion even more palpable. Cannot wait for the world to see it! We also have plans to release more music to go with it this year! Not sure if it will be a full length or an EP yet but it's definitely coming!

Q: Can you explain your creative process? What inspires you?

John: Real life.. conversations, experiences, emotions. Even if it's not something I've been through first hand, I love to jump in other people's shoes. As a songwriter it's very liberating to have that kind of creative freedom. I feel like my antenna is always up when it comes to seeking out inspiration.

Q: Has there been one particular moment in your musical career that you’re most proud of? And not sure if it's one and the same, but I'd love to hear about the experience of having your first #1 single as a writer with "We Went" by one of my favorite guys ever, Randy Houser.

John: Ha ha, that was definitely one of the proudest moments so far in my career. Randy is such a good guy. For him to take a song written by 3 young guys in town that had never had a hit and turn that song into a number 1 is just so cool. From the moment we wrote that song I knew it would do something special, but I never saw it taking that journey.

Q: What would you be doing if you weren't in this industry?

John: Haha I have no other talents.. this is it for me. It was music or bust!

Q: Do you have a hobby outside of music that you turn to in order to kick start your creativity?

John: I love being outdoors.. anything from fishing, hunting, camping. I try to go as much as I can just to clear my head and get me back on level ground.

Q: You're a new dad to a gorgeous daughter, Scarlett. Let's brag on her a bit. How are you adjusting to adulting and being a dad? Any advice for future suitors? What advice would you give to her as a teenager going out into the world? What advice were you given that has stuck with you?

John: It is the best thing in my life!! Baby Scarlett is 8 months old and growing like a weed. I never knew I could love someone so much. I'm trying to soak up every second. It's already going by so fast and I'm constantly wishing I could slow down time. I told her mama that no boys can come around here until she's at least 30!! So I'm just gonna pretend like that day ain't coming haha.

Q: What’s the most interesting thing about you that most people probably don't know?

John: I worked as a Potter for a few summers growing up! I'm not great but can make bowls and stuff haha.

Q: Bonus random off the top of my head query - Who would win a fight between Spiderman and Batman? If you could be any superhero, who would you choose and why and would you feel funny wearing weird looking tights and a cape? What superpower would you choose to use in the music industry to help make it easier for new artists who are having trouble getting their music heard? LOL!

John: Batman would win hands down! I enjoy wearing tights so it'd be perfect.. I'd go with a tech superhero that can hack everybody's phones and put "Try Saying Goodbye" on it!

Q: Just because I wanna know - what do you want to be when you grow up?

John: I'm doing it! Writing, Performing, Touring all over the world. So Blessed to be doing what I love.

Download "Try Saying Goodbye" on iTunes or stream on Spotify! Don't forget to leave feedback if you purchase on iTunes!
Posted by LovinLyrics at 6:29 PM