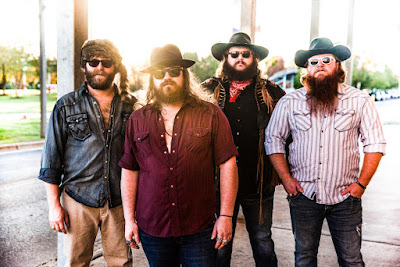 From roots to rock 'n' roll, country and soul, Copper Chief can do it all. The multi-talented group from South Austin, Texas has been nominated for not one, but two Texas Regional Radio Awards and will be performing at this year's 9th Annual T3R Awards on March 24 at the Arlington Music Hall. The four best friends are being nominated for New Band of the Year as well as Group of the Year. To cast your vote, visit here.

Copper Chief released their self-titled debut album in December 2017, but most recently starred as a fan favorite on the USA Network country music showcase series "Real Country" that was executive produced by the legendary Shania Twain. The album was produced and recorded by Josh Serrato and Ben Hussey at Melody Mountain Studios in Stephenville, Texas.

Since then, the group has burned a path through Texas and have steadily increased their fanbase throughout the U.S.

Copper Chiefs will be performing in the following cities:

Copper Chiefs will also be performing multiple shows at this year's SXSW. To learn more, please visit https://www.copperchiefmusic.com for 2019 dates.
Posted by LovinLyrics at 4:52 PM