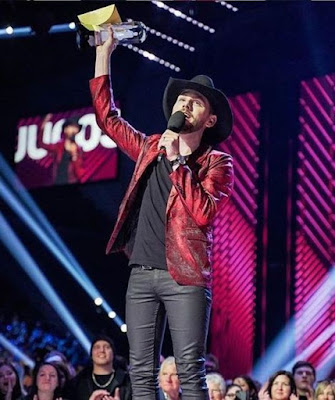 Canadian Country vocalist Brett Kissel was awarded the coveted Juno award for Country Album of the Year for his album, We Were That Song. Presented by The Canadian Academy of Recording Arts and Sciences, the awards took place in London, Ontario on Sunday, March 17. This is the second Juno win for Kissel, who won in 2014 for Breakthrough Artist of the Year. He was the first country artist to take home the title in 17 years (since Shania Twain).

The 2019 Juno Awards capped off an amazing weekend for the country singer. Just a few days prior to Kissel winning the Juno, he was awarded a Gold record for his smash single “Anthem” (his seventh Gold record) and a “Double Road to Gold” plaque by CIMA, where he was one of the few artists to qualify in the 12-month eligibility period, for his massive 2018 “We Were That Song” tour that saw him perform over 110 dates in every province and territory in Canada.

“What an amazing weekend,” commented a jubilant Kissel. “I’ve worked so hard this past year and put so many miles on the tour bus. It’s wonderful to have this recognition from the industry and fans.”

Among his other accolades are he was named the International Artist of the Year at the 2017 Worldwide Radio Summit in Hollywood, CA (an honor bestowed upon Ed Sheeran and Adele in the last two years respectively). He is the 2017 and 2018 Canadian Country Music Awards’ Male Vocalist of the Year, 4x Winner at the 2016 CCMA Awards, 12x Billboard Canadian Top 10 Singles chart, and more.

Kissel wrapped up 2018 by being the most played Canadian artist at Canadian country radio, the most consumed male Canadian country artist (sales, downloads, streams), and had the most comprehensive tour in Canadian history, which included multiple shows in major markets across Canada. 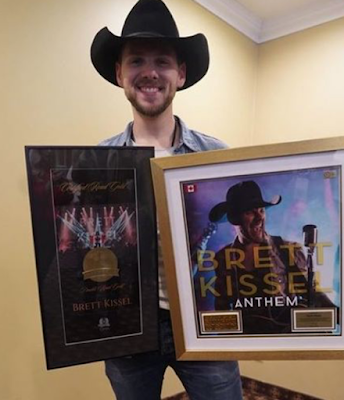 The 2019 Juno Awards took place at Budweiser Gardens arena in London, Ontario and was televised live nationally on CBC. The Juno Awards are presented annually to Canadian musical artists and bands to acknowledge their artistic and technical achievements in all aspects of music and are seen as the Canadian equivalent of the Grammy Awards.

Visit www.brettkissel.com for more information. More dates will be announced in the coming weeks.
Posted by LovinLyrics at 10:43 AM