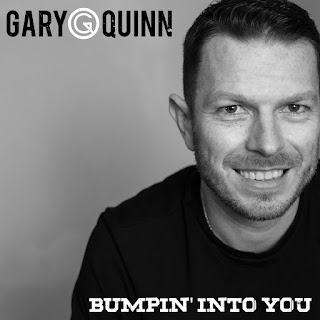 It’s a different vibe to what Gary’s fans will perhaps be used to, whilst still maintaining his undeniable talent when it comes to vocal delivery and song writing prowess. Speaking about the single, Gary hopes that the new material will impress his loyal contingent, whilst introducing new listeners to his body of work:

“I wanted to put a more contemporary spin on this track and see how the listener reacts. I’ve known Rob for a while now and always been a fan of what Jack and he have been creating and releasing with Holloway Road, so it made sense for me to reach and try and work with Rob to see what we could come up with. I’m very pleased with how it’s turned out. I hope the fans of my music will be too.”

‘Bumpin’ Into You’ will be Gary’s first official studio release since his ‘I Remember’ EP back in 2016, which debuted at #5 on the UK iTunes Country Chart, and follows an acoustic EP released last year. With several trips to Nashville under his belt, which have allowed him to write with highly-regarded song writing heavyweights, Gary has a lot of fresh material that fans can look forward to. The last trip to Music City in November 2018 included co-writes with William Michael Morgan and Kyle Schlienger (‘In Case You Didn’t Know).

It’s been an eventful 2019 for Gary. Most of January was spent touring all over Australia with fellow UK talent as part of the Buckle & Boots tour. He performed in Brisbane, Toowoomba, Twin Towns, and also Tamworth, where he played on the huge International Stage at Toyota Park. Gary also recently took part in Country On The Clyde and is looking forward to taking the stage at Buckle & Boots and Dixie Fields Festivals later this year.
Posted by LovinLyrics at 11:03 AM