APPEARING ON CBS’ “THE TALK,” MAY 2, TO PERFORM “SOMETHING YOU LOVE” 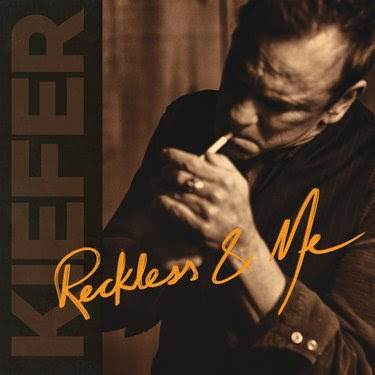 Kiefer Sutherland’s sophomore album, the 10-song Reckless & Me, is out today (4/26) via BMG on an early wave of praise. The new album delivers Sutherland’s Americana and country rock-infused songwriting style and highlights his gift of soulful storytelling. On Thursday, May 2, fans can tune into “The Talk” on CBS to catch Sutherland and his band perform “Something You Love,” the album’s latest single.

Reckless & Me—which can be purchased and streamed here—holds beautifully arranged ballads and authentic country rockers such as the album’s lead single, “Open Road,” “This Is How It’s Done, and “Something You Love” – all delivered with Sutherland’s distinctive, whiskey-soaked and gravel-laced voice. Produced by Jude Cole, Reckless & Me marks the follow up to Sutherland’s critically acclaimed debut album, Down In A Hole (2016).

Earlier this week, Sutherland announced a run of U.S. tour dates. The tour will kick off in Austin, TX at 3Ten Austin City Limits Live on Wednesday, May 29 with additional stops confirmed for Fort Worth, TX, Kansas City, MO, Franklin, TN, Boston, MA and New York, NY, among others. The routing will also include a performance at the Grand Ole Opry in Nashville, TN on Friday, June 7 and an appearance at CMA Fest on Saturday, June 8 on the Budweiser Forever Country Stage. Tickets for all shows are on sale today (4/26) at 10:00am local time.

“Kiefer Sutherland is ready to show the music world how it's done.”
--Mitchell Peters, Billboard, March 9, 2019

“…a collection of freewheeling honky-tonk anthems that will speak to every outlaw soul…Reckless & Me standouts that embody the freedom that touring life provides include his current single ‘This Is How It’s Done,’ opener ‘Open Road’ and ‘Something You Love.’ His take on Patty Loveless’ ‘Blame it On Your Heart’ is irresistible, and ‘Agave’ offers a Bonnie-and-Clyde storyline that’s set south of the border with salsa undertones and blues-rock guitar riffs that make it sound like two songs in one.”
--Lauren Tingle, CMT, April 23, 2019

“Kiefer Sutherland has shared his anthemic new ‘Something You Love’…Springsteen-esque and hard-charging…”
--The Boot, March 22, 2019

“…his infectious brand of Americana/country-rock and his whiskey-soaked growl…produced by Jude Cole, Reckless & Mealso highlights Sutherland’s master storytelling ability, particularly on songs like ‘Something You Love,’ ‘Open Road’ and the locomotive-like ‘This Is How It’s Done.’ All of which lend themselves equally well to both the record and live performance.”
--James Wood, Guitar World, April 4, 2019

Track listing for Reckless & Me: 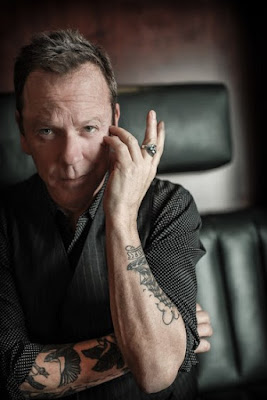