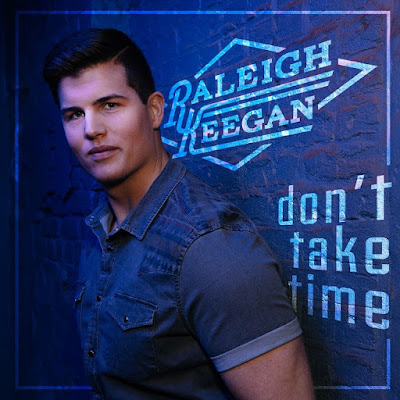 “Don’t Take Time” was produced by GRAMMY Award-winner Ryan Gore (Kacey Musgraves, Brothers Osborne, Thomas Rhett) and co-written with Ben Foster. The track is the first taste of what’s to come from Keegan and his new EP, slated to release this Fall.

Keegan shares, “I love this song so much because it’s about how my wife Shelby, the love of my life snuck up on me. I knew the second we met that she was the girl I wanted to spend my life with. ‘Some good things don’t take time’ and ‘when you know, you know,’ no pun intended!”

2018 was a big year for Keegan, prompting fans and media alike to ask if there is “anything the up-and-coming country artist can’t do.” (The Boot) The bona-fide entertainer played over 150 shows across the country, released his first music video for single “Lookin’ Like That,” made his NYC debut with a performance on Wall Street and was named one of Nashville Lifestyles’ “Most Beautiful People” alongside Kane Brown and local hero James Shaw, Jr.

“Raleigh Keegan has quite a story to tell.” (Popculture) He shared with Nashville Lifestyles, “I was born in a prison and adopted a few days later. I’ve had a life that I would’ve never been able to have otherwise.” Despite the rocky start in life, the 6’4” former college football player has built a massive fan base all on his own. The self-made singer/songwriter says he “Googled” his way into building a music career, learning how to book shows, release music and more. Keegan’s music combines elements of both old and new country with a dash of soul. In addition to his powerful vocals, the talented performer plays guitar, piano and the trombone.