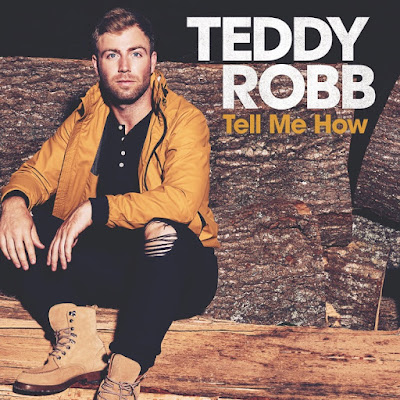 Robb’s two previously released tracks, “Lead Me On” and “Really Shouldn’t Drink Around You,” play with fun and catchy lyrics that highlight the lighthearted and exciting parts of meeting someone new. On this newest release, “Tell Me How,” Robb tackles the harder parts of love for the first time.

The heartbreaking track focuses on the aftermath of a relationship, and follows the painful process of moving on from someone who once meant so much. Asking the questions, we all want to ask an ex, Robb sings “tell me you’re ok…tell me you’re happy now, tell me you moved on, then tell me how.” Written by Robb, Blake Chaffin, and Aaron Eshuis, and Produced by GRAMMY Award-winning songwriter Shane McAnally, Ben Fowler, Matt McGinn, the track is available now.

To further highlight the cycle of relationships that are at the center of Robb’s writing, he released a series of videos for each of his three available songs, “Lead MeOn,” “Really Shouldn’t Drink Around You,” and now, “Tell Me How.” The videos follow the same couple meeting, falling in love, then breaking up.