TENILLE TOWNES’ “I KEPT THE ROSES” OUT TODAY 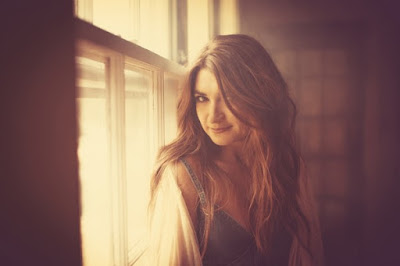 Emerging singer, songwriter and performer Tenille Townes’ new song, “I Kept The Roses,” is out today.

The song is the third from Townes debut Jay Joyce (Carrie Underwood, Little Big Town, Eric Church) produced album, which is expected later this year on Columbia Nashville. Of the track, Townes says, “This is one of my very favorite songs to sing and I love the message of holding on to the good in the hard things we go through. And being able to smile about the way that it shaped you.”

In addition, Townes was recently featured on WXPN “World Café”.  Hosted by NPR’s Ann Powers, the interview and performance were recorded live from Nashville’s Sound Stage Studios. Powers praises, “Like her role models Bruce Springsteen and Lori McKenna, Townes brings passion and empathy to songs that capture the complexities of the heartland. With her distinctive, raspy voice and hard-driving guitar style, Townes has the heart of a rocker. She’s part of a generation of young country artists refreshing the genre by pushing its boundaries,” and goes on to proclaim, “Her spark has already gained her fervent followers in Nashville and beyond, where her debut album is one of the most anticipated releases of 2019.”

The session includes a performance of Townes’ debut single, “Somebody’s Daughter,” which is currently Top 30 and climbing at country radio as well as a version of fellow album track, “White Horse.”

Already receiving widespread attention, Townes was recently named iHeartCountry’s “On The Verge” artist as well as Amazon Music’s “2019 Artists To Watch,” CMT’s “Next Women of Country,” iHeart Radio’s “Artists To Watch in 2019” and is included in The Bobby Bones Show’s “Class of 2019,” CMT’s “Listen Up” and the inaugural class of “Opry NextStage.”

Townes is currently on the road supporting Dierks Bentley as part of his extensive “Burning Man Tour.” The Tennessean declares her performance with Bentley at Nashville’s Bridgestone Arena, “Country music’s new it girl Tenille Townes has one of the most distinct voices in country music.” She’ll join Miranda Lambert on her “Roadside Bars & Pink Guitars Tour” later this year for select dates. See below for complete tour details.

Canadian-born and Nashville-based, Townes first made her public appearance at age nine alongside Shania Twain after being invited to sing on stage at a concert she attended with her parents. In addition to her work as a musician and songwriter, Townes remains committed to charitable causes including her own initiative, Big Hearts For Big Kids, which has raised over $1.5 million to date benefiting a youth shelter in her hometown of Grande Prairie, Alberta. More information can be found at bigheartsforbigkids.com.