JOHNNY RUSSELL, “ALL YOU GOTTA DO IS ACT NATURALLY,” RELEASED BY COUNTRY REWIND RECORDS 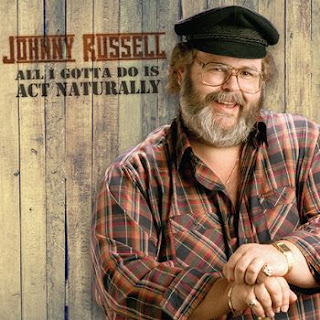 Johnny Russell, “All You Gotta Do Is Act Naturally,” was recently released by Country Rewind Records who’s well known tradition of bringing unreleased traditional country music into the contemporary country era has proven successful with previous projects. The latest release is being distributed by Select-O-Hits and available to order on Country Rewind Records website countryrewindrecords.com and on digital music platforms.

“All You Gotta Do Is Act Naturally” consists of tracks that have not been heard for decades and never commercially released. The tracks were recorded in Nashville for broadcast use only and have been hidden from the public. The original authentic sound is respected and supplemented with updated instruments and background vocals, to bring the new recordings into the contemporary country era. These recordings are a follow up to Country Rewind Records previous releases of such greats as Conway Twitty, Waylon Jennings, Connie Smith and more which received great reviews by music critics everywhere.

The new recording of  "Good Hearted Woman" has garnered a warm welcome by independent radio and receiving generous airplay. Russell was a regular performer on the Grand Old Opry for more then 20 years with hit recordings by many acclaimed Country giants, as well as "Act Naturally" which was recorded and released by The Beatles in 1965.

Country Rewind Records, Thomas Gramuglia, rescued the master tapes which have been in storage for nearly 50 years. John Jungklaus handled the original master tape transfers. Johnny Russell, “All You Gotta Do Is Act Naturally,” was produced by Grammy Award Winner, J. R. McNeely who was honored and thrilled to be part of this historical projects. These long-forgotten recordings are now saved for prosperity.

Country Rewind Records has dedicated itself to bring classic country with this contemporary feel to not only the past country fans but also to the new country listeners.

The World's Meanest ManJohnny Russell “All You Gotta Do Is Act Naturally” Song List:

Good Hearted Woman
She's In Love With A Rodeo Man
Red Necks, White Socks, and Blue Ribbon Beer
Johnny B. Goode
Catfish John
Act Naturally
I Can't Help It (If I'm Still In Love With You)
Making Plans
In A Mansion Stands My Love
She Burnt The Little Roadside Tavern Down
Jambalaya
The Baptism Of Jesse Taylor
Mr. And Mrs. Untrue

Order Johnny Russell “All You Gotta Do Is Act Naturally” on Amazon Music, Apple Music / iTunes and Google Play.

Stay current with Country Rewind Records on their website countryrewindrecords.com
Posted by LovinLyrics at 9:33 AM