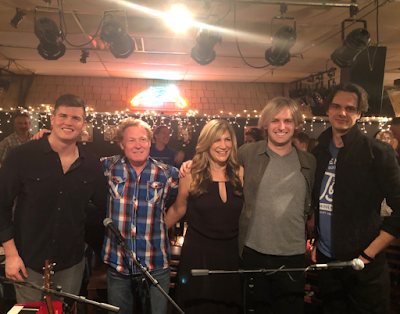 After performing two songs from his upcoming EP, Keegan decided to share a very personal song he recently completed titled “Our First Goodbye” about being adopted after his birth in prison where his birth mother was doing time for drugs. Written with Kyle Jacobs (Garth Brooks, Tim McGraw) and Brice Long (George Strait, Jon Pardi), Keegan received a standing ovation from the Bluebird audience without a dry eye in the legendary venue. He ended the night performing his current single, “Don’t Take Time,” which hit country airwaves on Friday.
Posted by LovinLyrics at 10:30 AM