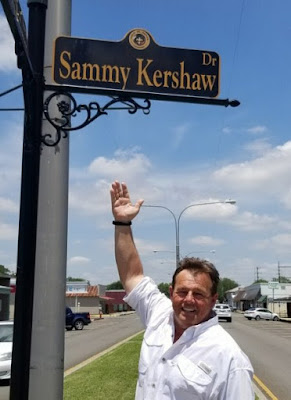 Nashville, Tenn. (May 9, 2019) — Multi-platinum selling country music artist Sammy Kershaw was recognized by his hometown of Kaplan, Louisiana earlier this week when the town mayor proclaimed May 6, 2019, as "Sammy Kershaw Day."

Additionally, Mayor Michael Kloesel surprised the country singer by renaming the street he grew up on from 2nd Street to 'Sammy Kershaw Drive.'

"It's just a total surprise," Kershaw says. "I never expected it, but to me it's got to be one of the biggest honors your hometown can do for you. For your hometown to do something like that for you, it doesn't happen too often."

Kloesel admitted that several citizens approached him about naming a street after Kershaw. So, he talked it over with the council, and everyone agreed it was a great idea.

"It's been 2nd Street forever, and now it's 'Sammy Kershaw Drive,'" notes Kershaw. "It's crazy, man, it's just crazy."

Kershaw is currently on the road touring with fellow country stars Aaron Tippin and Collin Raye on the trio's popular Roots & Boots Tour.

Most recently, Kershaw's 2015 tune "Grillin' and Chillin'" was chosen as the featured song in a newly-launched Applebee's® television commercial, airing worldwide. Watch the commercial HERE. 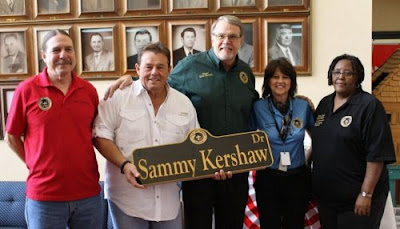