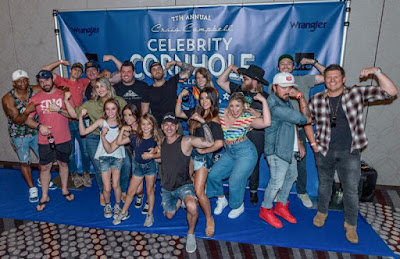 The star-studded 7th Annual Craig Campbell Celebrity Cornhole Challenge is in the books, and over $35,000 was raised for Fight Colorectal Cancer on Tuesday. Being in the comfort of an air conditioned ballroom in Nashville’s Omni Hotel didn’t stop the smack talk between the 16 artists and celebrities and the players who bid to partner with them. Host Craig Campbell and Country star Jerrod Niemann – who has played in all seven Celebrity Cornhole Challenges – were pitted against each other in the final round. When the last beanbag fell, Craig emerged victorious.

“Once again, the cornhole tournament was a huge success! Thanks to everyone who worked and participated to make it all happen,” said Craig. “I’m so proud of what we’ve done and very excited to see what we’re gonna do. We will eliminate colon cancer one bag toss at a time!”

Craig and Mindy’s oldest daughter, Preslee, kicked things off with a beautiful rendition of the “Star Spangled Banner.” Fans and cornhole ringers bid to play with each celebrity, which brought in $10,000. A personal BBQ and concert with Craig brought in $9,000, and auction items including a Traeger Pro Grill, Ole Smokey Moonshine and unique items from Josh Turner, Diamond Rio, Yee Yee, Brett Eldredge and others brought in thousands more. 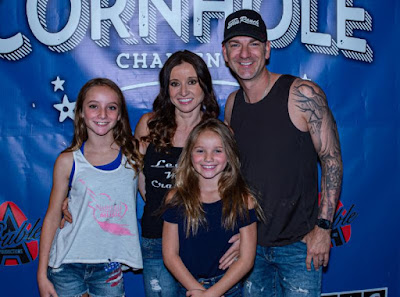