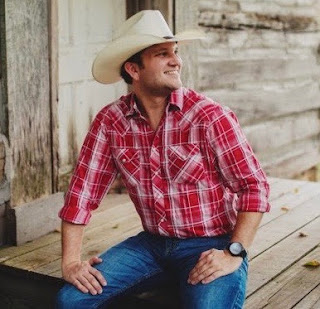 “The present legal dispute arose primarily over the course of last year when my manager and I began to voice concerns to the label about my music and things that we believed the label should and shouldn’t be doing,” said Byrnes.

When Byrnes’ concerns went unresolved, he filed a lawsuit in the Davidson County General Sessions Court on February 8, 2019 for various claims and causes of action against Silverado.

The trial date was originally set for April 15, 2019. But the General Sessions Court granted Silverado’s motion for a continuance, and the label decided to reset the trial date to May 20 — which also happens to be Byrnes’ birthday.

On May 20, 2019, Byrnes and his attorney, Chase LanCarte of LanCarte Law, were in court, but representatives for Silverado Records failed to appear. “We were surprised that the defendants didn’t show,” said LanCarte. “They went to such measures to prevent the first trial setting from occurring, and then, they didn’t even show up after they picked the date.”

Upon hearing Byrnes’ case, the General Sessions Court granted default judgment in favor of Byrnes, ruling among other things that:

• The recording contract had terminated as of December 3, 2018;

• The defendants had converted the royalties and monies owed to Byrnes as an artist, songwriter/publisher, and master owner/licensor by refusing and failing to pay such monies.

The General Sessions Court further granted Byrnes reimbursement for his attorney’s fees and court costs along with punitive damages against defendants, amounting to a total monetary judgment of $24,520.50.

Despite such rulings that should have otherwise provided closure, the Defendants have appealed both judgments, which are now before the Davidson County Circuit Court.

“It’s unfortunate that Defendants have appealed this matter to the Circuit Court,” LanCarte added. “We relied on Silverado’s representation that it would be available to attend trial on May 20, but obviously, we now believe that Silverado had no intentions of attending any trial setting before the General Sessions Court, and its prior motion for continuance was arguably sought merely for delay.

“For Mr. Byrnes, this is a critical time in his career,” LanCarte continued. “He can’t afford to just let his legal matters languish, and I certainly won’t allow it. Mr. Byrnes just had his first #1 single, and he needs to keep the momentum going by having the freedom to release new music. Justice may have been delayed by this appeal, but justice is coming.”

At present, Silverado has still not released or announced any public plans to release Mr. Byrnes anticipated record, Neon Town, which was produced by Trent Wilmon last year. Mr. Byrnes is the first and only artist to provide Silverado with a #1 single on the radio charts.
Posted by LovinLyrics at 5:41 PM