77 Independent and Emerging Artists in Four Days in Two Venues, and It Is All Free 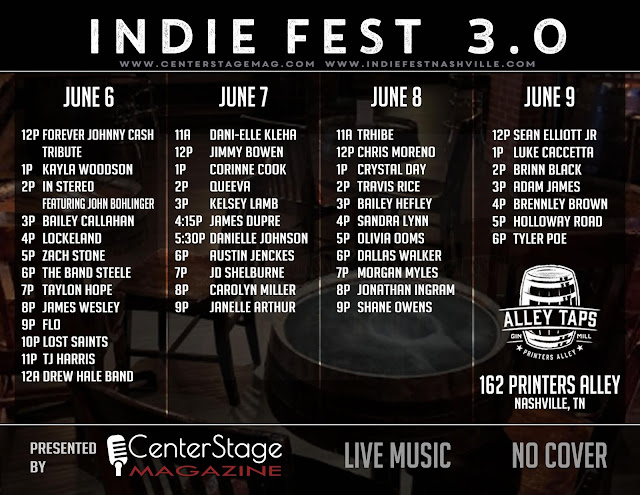 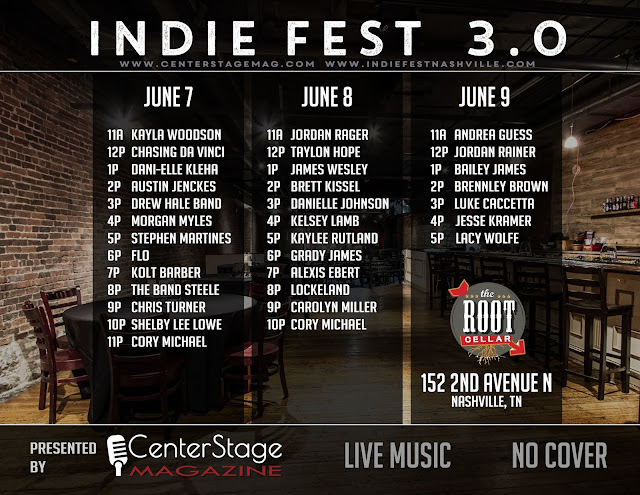 Center Stage Magazine announces IndieFest 3.0, a truly unique musical experience, started in June of 2017, to be enjoyed by residents and visitors alike – and it’s totally free. IndieFest 3.0 brings a stage, and a voice, to some of the country’s biggest independent newcomers. IndieFest 3.0 held downtown Nashville, June 6-9, with 77 artists playing between two well known venues on lower Broadway, B.B. Kings Root Cellar on 2nd Avenue N. and Alley Taps in the world famous Printers Alley. Celebrating the third year for the independent artist performance platform that has grown from meager beginnings in 2017 to a 77 act musical bill running Thursday through Sunday. Alley Taps schedule is available here and The Root Cellar (B.B. King’s) available here


“Center Stage Magazine was founded on promoting independent talent; especially new, up-and-coming, artists. INDIE FEST has been our way of helping to give a platform to many extremely talented artists during CMA Fest week that might not have other opportunities to share their music with country music fans. We are extremely excited about our line-up this year and sincerely hope this event helps each artist showcase their music, talent, and entertaining personalities as well as gain new fans from all over the world.”

Acts range from Brett Kissell, winner of multiple Juno Awards and the top country touring act in Canada, to the Drew Hale Band from Michigan who have shared the stage with Tim McGraw, Dierks Bentley, Canaan Smith, to Stephen Martines, also well-known as a star in movies like The Vampire Diaries and The Closer (and heartthrob from General Hospital) who has a top-flight band of players behind the charismatic frontman.